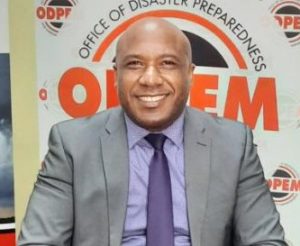 Ms. Shadick is already on record as saying that she and her colleague PPP Commissioners find that Mr. Persaud is the most qualified and experienced for the CEO post. Given the split among the three-three government and opposition-aligned  Election Commissioners, the GECOM Chairman, Retired Justice Claudette Singh might have to vote to break the tie.

Pro-A Partnership for National Unity+Alliance For Change (APNU+AFC) Elections Commissioner, Vincent Alexander said the GECOM Chairman included Mr. Persaud but gave no reason for doing so. “We have decided to interview two candidates albeit not unanimously. The chair though on commenting on whether Persaud reaches the minimum requirement indicating her desire to hear from him and tipped the scale in favor of interviewing him,” said Mr. Alexander, the longest serving Elections Commissioner.

That decision was taken despite concerns that his previous position as GECOM’s Public Relations Officer was not a senior appointment and that he had not served 10 years as Deputy Chief Elections Officer. “She did not express a view on that matter. She simply said she would wish to hear from him,” Mr. Alexander told Demerara Waves Online News/ News-Talk Radio Guyana 103.1 FM.

Mr. Alexander said he and colleague commissioners’ – Charles Corbin and Desmond Trotman- desire for an independent team of human resource experts, possibly drawn from the Caribbean Community (CARICOM), to interview Mr. Harrow and Mr. Persaud was rejected. “We have registered our disagreement with the commissioners being the interviewers. Some have already expressed their preference although we are still to interview the shortlisted applicants,” he said.  The PPP side of GECOM is already on record as stating that the Commission is constitutionally empowered to hire and fire staff and such authority could not be delegated to anyone else.

They and high-profile members of the opposition People’s National Congress Reform are among several persons charged with fraud connected to the elections.