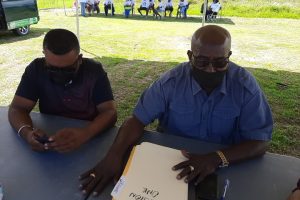 Three members of the accreditation committee of the People’s National Congress Reform (PNCR) on Wednesday stepped aside over concerns about conflict of interest because they are openly campaigning for candidates, well-placed sources said.

They are Ganesh Mahipaul, Annette Ferguson and Carol Smith-Joseph. “It was happening for quite a while and the members have finally withdrawn; I expected them to withdraw a long time ago but that was not done,” one source told Demerara Waves Online News/ News-Talk Radio Guyana, adding that members have a right to support any candidate but it would be intolerable to sit on the Accreditation Committee.

The sources stressed that “nothing has collapsed”.

Sources say that they decided to step aside after concerns intensified that they have been campaigning for candidates for the position of leadership.  “This was raised several times. The members themselves know it is a conflict of interest but the CEC (Central Executive Committee) was much more firm on it this time and instead of being put to CEC, the members decided to withdrew because CEC would most likely say they have to go,” the source said. Mr. Mahipaul and Ms. Ferguson have been openly campaigning for Joseph Harmon, and Ms. Smith Joseph has been campaigning for Aubrey Norton. 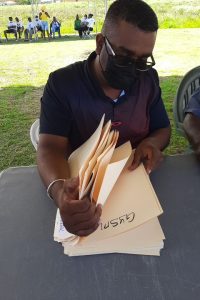 Sources say that a call has since been circulated for nominees to replace  Mahipaul, Ferguson and Smith-Joseph. For the time being, the only members of the Accreditation Committee are its Chairman, Mortimer Mingo and Guyana Youth and Students Movement representative, Ryan Belgrave.

In the absence of the trio, the sources said that would not affect the work of the committee as it presses ahead with the verification of delegates for the upcoming Congress and internal elections slated for December 11.

Mr. Mingo, Mr. Norton and Mr. Mahipaul on Wednesday declined to speak on the issue and instead referred all queries to the Chairman, Volda Lawrence or Ms. Ally. While Mr. Mingo can function on his own, one of the sources said it is important for other persons to be part of the process to demonstrate that there is transparency. “This will help the integrity of the accreditation committee and remove any accusations so I’m happy that it was resolved,” the source said.

On Nomination Day- November 12, 2021, Mr. Mahipaul had defended his position as co-chair of the Accreditation Committee although he had been campaigning for Mr. Harmon and team. “I know to myself that I’m full of integrity. The party’s Central Executive Committee has reposed in me the confidence to be a part of this committee and to co-chair it Comrade Mingo,” he had said. Mr. Mahipaul had said that he would not have been operating in isolation of other members and everything that had been done had been with the full member of that Committee. “Everything that we have done so far has been above board and it has been with the full knowledge of every member of  the Committee,” he had said. 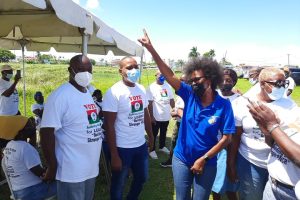 The sources confirmed that a demand was placed on the table of the Central Executive Committee meeting for the General Secretary of the PNCR, Amna Ally to be suspended because she is a well-known backer of Mr. Harmon. However, the meeting reportedly ended abruptly after a power outage struck the initiator of the virtual call.

Meanwhile, a small number of concerns have been raised about the eligibility of a number of candidates and whether they had been nominated by the groups or individuals.