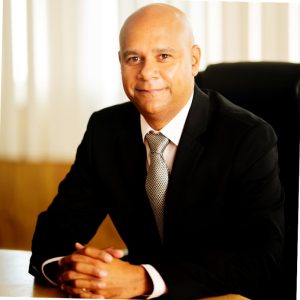 Opposition Leader Joseph Harmon on Tuesday said the Georgetown Chamber of Commerce and Industry (GGCI) on Tuesday offered to broker talks with the People’s Progressive Party (PPP) on a range of governance and economic issues facing the country.

“I did not have to ask that; they made that proposal and I said to them I had no objection to them going ahead to doing something like that; that the extent to which more Guyanese are involved in ensuring that we have meaningful consultation that affects the their lives… so that was a specific request which they gave and I said the team which met with them, we are all in agreement you can go ahead but to the extent that we are talking about meaningful consultations that is what we are talking about,” Mr. Harmon said.

But GCCI President Timothy Tucker told News-Talk Radio Guyana 103.1 FM/ Demerara Waves Online News that the offer by his business organisation was solely on the issue of getting the government and the opposition to work together on the COVID-19 vaccination drive. “The Chamber offered to be the bridge in the mitigation between the opposition and the government on the vaccination drive; not to mitigate the communication between the President and the Leader of the Opposition. We spoke to them on the basis of the vaccination drive being the bridge that unifies the two parties on the common goal of getting the country inoculated,” he said.

In a meeting requested by that city business organisation two weeks ago to discuss how to reduce vaccine hesitancy, Mr. Harmon said the two sides discussed concerns about limited access to business opportunities by Guyanese companies in the emerging oil and gas sector.

Mr. Harmon said that he raised the need for the government and the opposition to discuss a number of areas related to the governance of Guyana including alleged political discrimination in the disbursement of relief cash grants. Mr. Tucker said those issues were discussed on Tuesday but the GCCI “did not offer to be the mitigator between the two.” The business leader said the Chamber would be writing the Minister of Health Dr. Frank Anthony to request a meeting to discuss the opposition’s need to be included in the National COVID Task Force and other related areas of decision-making.

Mr. Tucker said Mr. Harmon asked the Chamber  to be “more vocal” on the issues of local content, discrimination and governance.  The GCCI President hoped that a bipartisan approach on COVID-19 could set the basis for talks on the other issues. “We would hope so for the stability of the country, the growth of our country- bipartisanship is key- government and opposition holding similar views and any kind consensus is always welcomed by the private sector,” he said.

While President Irfaan Ali last week said he was ready to meet the Opposition Leader without any preconditions to discuss a number of constitutional appointments, Mr. Harmon expected that those talks would focus on local content from the oil and gas industry and other issues that affect Guyanese. “We can have a very strong agenda which addresses why almost all of the resources that are coming from oil and gas upstream that the bulk of it seems to be going to foreign companies,” he said.

Mr. Harmon said the GCCI earlier Tuesday complained to him that the “foreign companies” were taking up the “bulk” of the opportunities in logistics and infrastructure among others although the locals “have the capacity to do it.”

According to the Opposition Leader, the confirmation of the Chancellor of the Judiciary, Chief Justice and the Police Commissioner are “important” but he and Dr. Ali needed to have a “meaningful conversation about how this country is being developed”.

Vice President Jagdeo on Monday remarked that the recognition of his People’s Progressive Party Civic (PPPC) as the legitimately elected government was a condition for talks about a governance model after the March 2, 2020 general and regional elections.

Despite concerns about the private sector’s position on the validity of the March 2, 2020 general and regional elections, the Opposition Leader justified his decision to meet with the GCCI because it is about the national good.