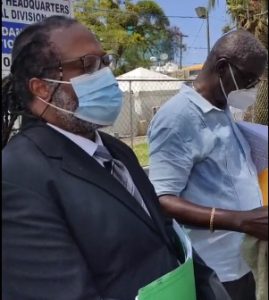 “I have been advised that those comments and the context in which they have been made amount to a violation of the Cybercrime Act ,” he said.

Mr. Slowe said he filed the criminal complaint against Mr. Nandlall for the “disparaging” remarks made by that government functionary on his programme titled “Issues In The News”. He said his complaint was accompanied by a transcript of the programme aired on June 29, 2021.

Attorney-at-Law Selwyn Pieters said to have described Mr. Slowe as a ‘bad john’ after a most notorious criminal in Trinidad and Tobago “stereotypes him in a most impermissible way, criminalises him where he has no criminal record.