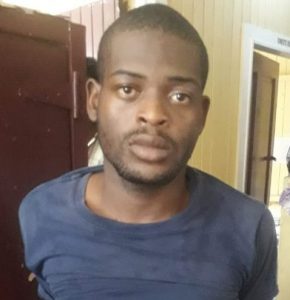 A man has been charged with six counts of robbing five men who reside at Buxton, East Coast Demerara.

The men were robbed while playing dominoes at the Ital Shop, Annandale, East Coast Demerara.

Police say Mr. Cumberbatch was among six males, who were armed with handguns and one unarmed unidentifiable female, who arrived on motorcycles on September 7 at about 10:20 PM.

They allegedly robbed the men of cash, jewellery and cell phones.