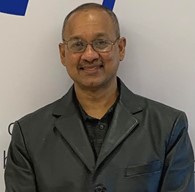 Principal Research Scientist at United States drug maker, Pfizer, Dr Vidia Roopchand has sought to dispel concerns that COVID vaccines were developed overnight, but said they date back to the fight against two other coronaviruses.

“A lot of people don’t realise this but people have been working on coronaviruses for at least the last 20 years because the first SARS came out in 2001 so people have been working on spike for SARS and other coronaviruses for a long time… so SARS and MERS allowed us, meaning the virology community,… allowed us to make all of these structural substitutions,” he said.

Speaking on a University of Guyana (UG)-organised webinar on the topic “SARS COV-2 (Covid-19) Viral Physiology and Vaccine Development”, he explained that coronaviruses, including many of the common cold viruses, have been infecting humans for a long time. They include the Human coronavirus HKU1 (HCoV-HKU1) which has for many years been causing respiratory problems.

“People have been studying coronaviruses for a while but when SARS occurred, people started taking notice and around that time there was a revolution i structural biology,” he said, adding that the technology advanced in making images of crystals. He said after MERS came on the scene, scientists said coronaviruses were not as innocuous as they used to think, resulting in them  being able to examine gene and protein sequences.

He said the evidence shows that the Pfizer jab is neutralising the Delta variant, even as he urged more people to be inoculated to reduce the chance of other variants. Dr. Roopchand urged people to visit the United States’ Food and Drug Administration’s website to examine the data on the vaccine.

The Virologist said the Pfizer-BioNtech vaccine is made up an RNA sequence, lipids, some salt, sugars among other constituents.

He said the United States’ Food and Drug Administration (FDA) had granted Emergency Use Authorisation, based on the efficacy, even as trials  had been continuing. The FDA has since granted full authorisation for adults, while emergency authorisation continues for children from 12 years upwards.  The US government recently donated 146,000 doses of the Pfizer jab for inoculating mainly adolescents as part of a ‘back-to-classroom’ plan  from September 6, 2021.

While there is a perception among some persons that scientists do not believe in God, he stressed that “I do believe in God and I think that something like this makes me believe in God even more because everything works and we were able to make this vaccine.”

The Principal Researcher at Pfizer said the efficacy of the polio vaccine lasts a lifetime because the entire virus had been used for that vaccine, but RNA was now being used for the first time in the manufacture of a COVID-19 vaccine.

Dr. Persaud received his early education at the Methodist Primary on Wakenaam Island, Essequibo River and then the Anna Regina Multilateral School before going on to the University of Guyana. He later obtained higher qualifications in Chemical Engineering from Columbia University.