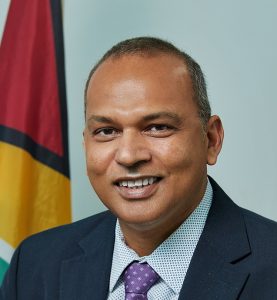 Following discussions on the matter, all Caribbean countries except for Trinidad and Tobago said persons travelling to their shores can enter once they have been fully immunised with a COVID-19 vaccine.

Dr. Anthony made this disclosure during Friday’s COVID-19 Update.

“There is still ongoing discussions about vaccination, the cards, how vaccines would be recognised and so forth. Those discussions have not been concluded, but individual countries have been making decisions that relates to entry into the particular country. So, while there is no global mechanism in place or global guidance, individual countries have now been adopted their own rules.

“In the Caribbean, while some countries are not using the Sputnik V vaccine, the countries in the Caribbean have agreed that if you are vaccinated with Sputnik V, they will recognise it as a person receiving the vaccine and being fully vaccinated if you have both doses, so that’s not a problem,” he was quoted as saying by government’s Department of Public Information.

The World Health Organization (WHO) has approved several vaccines to fight Covid, including the AstraZeneca, Sinopharm, Johnson and Johnson, Moderna and Pfizer.

“There’re probably about five or six more that are there waiting WHO’s consideration and approval. Sputnik V is one of those that is in the pipeline awaiting WHO’s approval.

The Sputnik V vaccine is in use in more than 80 countries around the world.