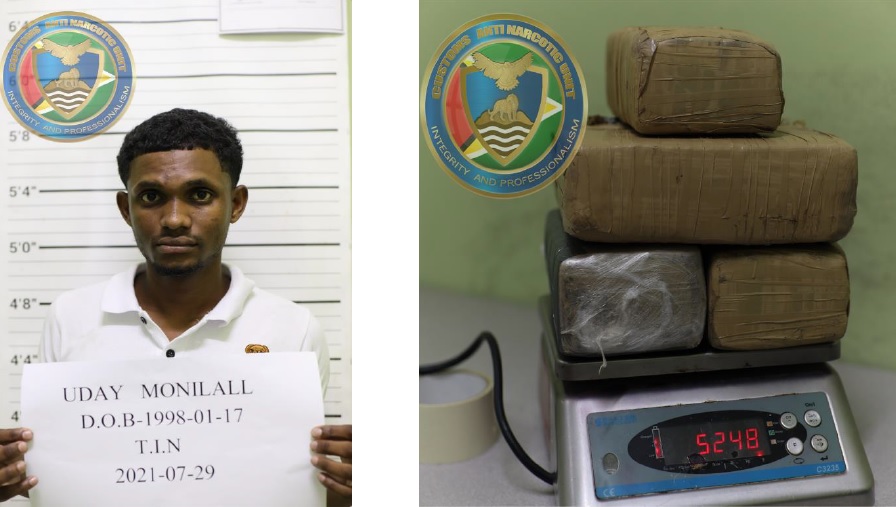 Three men have been arrested for allegedly being in possession of large quantities of marijuana including more than five kilogrammes of foreign ganja, also known as ‘poppy’, worth more than GYD$1 million, the Customs Anti-Narcotics Unit (CANU) said Thursday night.

That law enforcement department of the Ministry of Home Affairs said 23-year old Uday Monilall, a taxi driver and carpenter, of 130 Unity Village, East Coast Demerara, was arrested on Wednesday at the Parika Stelling after he arrived by speedboat.

CANU said his haversack contained  five “brick like” objects that analysis showed was “imported marijuana” with a weight of 5.248kg with a street value of over GYD$1 million. Monilall remains in custody. 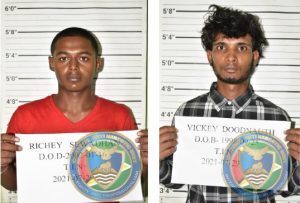 CANU said a search of their bags uncovered 12.8 kilogrammes of marijuana.

They were charged and remanded to prison on Friday by Magistrate R. Liverpool at the Vigilance Magistrate Court. The case was adjourned to 17th September, 2021.