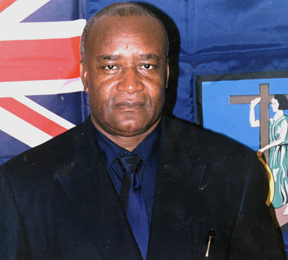 A former Chief Minister of the British overseas territory of Montserrat has been jailed for 15 years, after he was convicted of sexually exploiting five girls including two 13 year olds, the United Kingdom’s National Crime Agency said.

David Brandt, aged 78, groomed the girls by giving them money, phone credit and used one girl, aged 15, to recruit others to abuse.

A joint investigation by the Royal Montserrat Police and National Crime Agency uncovered evidence that he sent his victims thousands of Eastern Caribbean Dollars to have sex with him and send him indecent images of themselves.

Brandt, who led the Montserrat government between 1997 and 2001, was convicted of six counts of dealing in people under 18 for sexual exploitation and one charge of perverting the course of justice, on 30 June 2021.

The jury failed to reach a verdict in respect of a seventh count of dealing in people under 18 for sexual exploitation.

Brandt’s offences were carried out between September 2013 and June 2018.

He met one girl, aged 15, through his work as a lawyer. He groomed her and used her as a channel to other vulnerable young girls including two 13-year-olds.

He told the 15-year-old he wanted to abuse her and one of the 13-year-olds together and sent her 500 Eastern Caribbean dollars to arrange for him to abuse the younger girl.

Speaking of the 13-year-old, he told the older girl: “If she treat me good, I will treat she very good.”

The disgraced lawyer obtained indecent images of both 13-year-olds, one of whom he first saw when she was 12 and said he wanted “to be with her”.

After he was charged with sex offences, he made five payments to one 16-year-old girl totalling over 2,000 Eastern Caribbean Dollars so she would not talk to investigators.

The case took so long to come to court because Brandt sought to delay the trial by appealing the decisions made by the numerous Judges that have been appointed to deal with the case.

He also attempted to have the data which was downloaded from his mobile phone excluded as evidence, which led to a significant number of Appeal Court Hearings and Privy Council Appeals on the matter.

He promised to give a mobile phone and money in exchange for sex with a 17-year-old, whom records showed he paid a total of 3,000 Eastern Caribbean Dollars.

Phone evidence also suggested he had groomed this girl and the 15-year-old to have sex together while he watched.

He obtained two indecent images from another 16-year-old who introduced him to a girl who Brandt sexually abused between the ages of 15 and 17.

He paid both of these girls 1,900 Eastern Caribbean Dollars so he could abuse them together in his office.

“Evidence shows he did everything he could to groom and sexually abuse girls as young as 13 on several occasions.

“He plotted, paid money and relentlessly pursued these vulnerable young girls for his own sick gratification.

“He abused his position as an eminent lawyer and is also guilty of a huge betrayal of trust.”

“Our investigation into Brandt’s offending has been both tenacious and painstaking in order to ensure he stood trial for some horrible crimes against local children.

“When he was arrested he made it quite clear to us he thought he would escape prosecution. He did everything in his power to delay and disrupt the criminal justice process, including appealing many of the judicial rulings and attempting to get key evidence excluded.

“He also made the victims give evidence and relive their abuse in court.

“His attempts were thwarted through a determination to seek justice for the victims and he will now serve a long sentence in prison where he no longer poses a risk to children.

“I sincerely hope this case sends a clear message to any other victims of child sexual abuse that they can have complete trust and confidence in the criminal justice process and law enforcement.

“Victims will always be fully supported, and we are determined to arrest and see prosecuted anyone who commits these atrocious offences, no matter who they are.”