Region 10 Vice Chairman, Douglas Gittens’ death of COVID-19 on Sunday triggered renewed calls by the opposition and government for Guyanese to get vaccinated against the viral disease that has so far claimed 427 lives.

Opposition Leader Joseph Harmon, in expressing shock and sadness at Gittens’ sudden passing, urged Guyanese to be vaccinated. “I take this opportunity to implore all Guyanese to not become complacent and to intensify their efforts in observing all COVID-19 measures and make your best efforts to get vaccinated if you have not yet gotten the vaccine,” he said.

Mr. Gittens was one of Harmon’s  opposition coalition elected officials in Region 10 (Upper Demerara-Upper Berbice) where the Health Minister, Dr. Frank Anthony has said remained the region with the lowest number of vaccinated persons.

The Minister has called on Guyanese to put aside politics and take the jab to stem the growing number of deaths. ”

“Let’s change vaccine hesitancy to vaccine enthusiasm by encouraging every eligible person to take the vaccine. To paraphrase Martin Carter, “all are involved”, and if we don’t “, we will all be consumed”. Getting people to take their vaccines is not a government issue or an opposition issue; this is a national issue.  And on a national issue where people’s lives and livelihoods are at stake, we have to rise above our differences and make sure we work in the people’s interests by encouraging them to get vaccinated,” Dr. Anthony told the House.

Last week, opposition frontbencher, David Patterson told the National Assembly that the low vaccination uptake in a number of areas across Guyana was because “they don’t trust you” and urged government to make space for the opposition to join the drive against the virus. 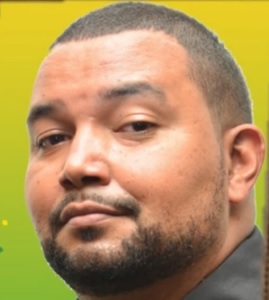 Also sounding a vaccination appeal on Sunday following Gittens’ death was the Region 10 Executive Officer, Dwight John. “I would encourage every single person who hasn’t been vaccinated as yet to please go and take their vaccine,” he said, adding that he has already taken the first dose.

The REO said there are several vaccination sites across Region 10 and “stop listening the myths.”

The Region 10 Health Officer and a team led a vaccination drive in Amelia’s Ward. “We are trying our utmost – the administration as well as the Council- in making sure that residents of Region 10 are vaccinated as soon as possible,” he added.

Opposition Leader Harmon said the coalition would be taking steps to recognise the Region 10 Vice Chairman who succumbed to the disease after testing positive last week Friday.

“Douglas passed today as a result of complications from COVID-19. He was a tireless worker and fastidious Vice Chairman who dutifully served the people of Region 10 to his last day. His positive personality and contribution to the advancement of Region 10 will be sorely missed and the void he leaves will be a challenge to fill.

The APNU+AFC Coalition will examine ways in which his legacy will be honoured and these will be announced in due course,” said Mr. Harmon.