German company proposes to trace origin of Guyana’s gold, amid denial of gold smuggling from Venezuela 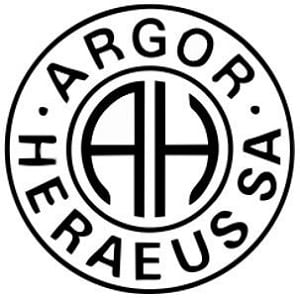 The Guyana Gold Board is in talks with a German company to trace the origin of gold to avoid the smuggling and declaration of the precious yellow metal here from other countries, Chairman of the Gold Board, Dr. Gobin Ganga said.

“I would imagine just the same way we can detect counterfeit, they will be able to detect if there is any proof that in the gold that was sent,” he told Demerara Waves Online News/ News-Talk Radio Guyana 103.1 FM.

The Gold Board Chairman expects the company, Argor-Heraeus, to submit a report for consideration before a decision is taken on whether to hire its services.

The United States is already on record as saying that illegally mined gold is damaging the environment, linked to trafficking in persons and the yellow metal is being smuggled to the Middle East.

The Gold Board several months ago engaged Argor-Heraeus, amid ongoing denials by the Guyana government that Venezuelan gold is being smuggled across the border and sold way below market price as that country continues to prop up its paralysed economy. Vice President Bharrat Jagdeo recently said there was no evidence of Venezuelan gold being smuggled into Guyana. Mr. Jagdeo acknowledged that there was a probe into the dealings of gold miner, Tameshwar Jagmohan, based on allegations by the Royal Canadian Mint but there was no proof of that. He said the Gold Board has not purchased any gold from him since last year September. “We have found no evidence of that. Nevertheless, we have not purchased any gold. The Gold Board has not purchased any gold from then to now,” he said.

Earlier this week, former Chairman of the Guyana Gold Board, Gabriel Lall stated categorically in the newspaper that Dr. Ganga, who is also the Governor of the Bank of Guyana, had acknowledged in a meeting on September 19, 2019 that there had been a major gold smuggling operation from Venezuela to Guyana.

“After I extended the preambles of professional courtesies, the business of the day commenced. Governor Ganga’s words were; the country was in big trouble and that he has “the evidence of Venezuelan gold being smuggled into Guyana.” To those, the distinguished Governor added that there was the risk of the country being “blacklisted.” My response was simple: I am glad that others are finally speaking my language. And, that any available evidence should be shared at the highest levels with the appropriate people,” Mr. Lall said in letters to two daily newspapers.

The United States is already on record as saying that illegally mined gold is damaging the environment, linked to trafficking in persons and the yellow metal is being smuggled to the Middle East.

Sources say the Venezuelan gold is purchased and eventually ends up at the Guyana Gold Board or at licensed gold exporters as quantities presumably mined in Guyana, resulting in Guyana’s annual gold declarations being bloated.

Well-placed sources have already told News-Talk Radio Guyana 103.1 FM / Demerara Waves Online News that there is no paper trail for gold miners to prove the source of the gold that they sell to the Guyana Gold Board or intend to export.  The source had explained that all that is required is proof that the person is a legitimate miner.

The sources had said they have been aware of persistent information in circulation that a good percentage of gold declared to the Guyana Gold Board is not produced in Guyana but is smuggled from Venezuela Sources have said  that the US and Guyanese law enforcement agencies, including those responsible for fighting financial crimes, have been keeping their eyes on two gold mining operations. Dossiers have been reportedly compiled on a number of miners and data shared with international partners.