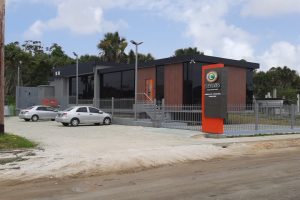 He said agreements have been struck with Car Care, Cevon’s Waste Management and Courtney Benn Construction.

“We don’t want to penalise unsuspecting businessmen,” he told a news conference. He indicated that government would drop those cases that had been filed against Car Care’s owner Mr Branford, Cevon’s owned by Morse Archer, and Courtney Benn Construction.

Without giving details of the settlements, Mr. Jagdeo said his administration wanted to go after those who actually had crafted the deals. “We want to go after the people who acted willingly. We believe they took benefits,” said Mr. Jagdeo. No one has been convicted.

The opposition has consistently criticised the PPP for going after Black professionals and Blacks who had benefitted from land deals.

The then Chief Executive Officer and Commissioner of the Lands and Surveys Commission, Trevor Benn has been charged in connection with a number of those transactions.