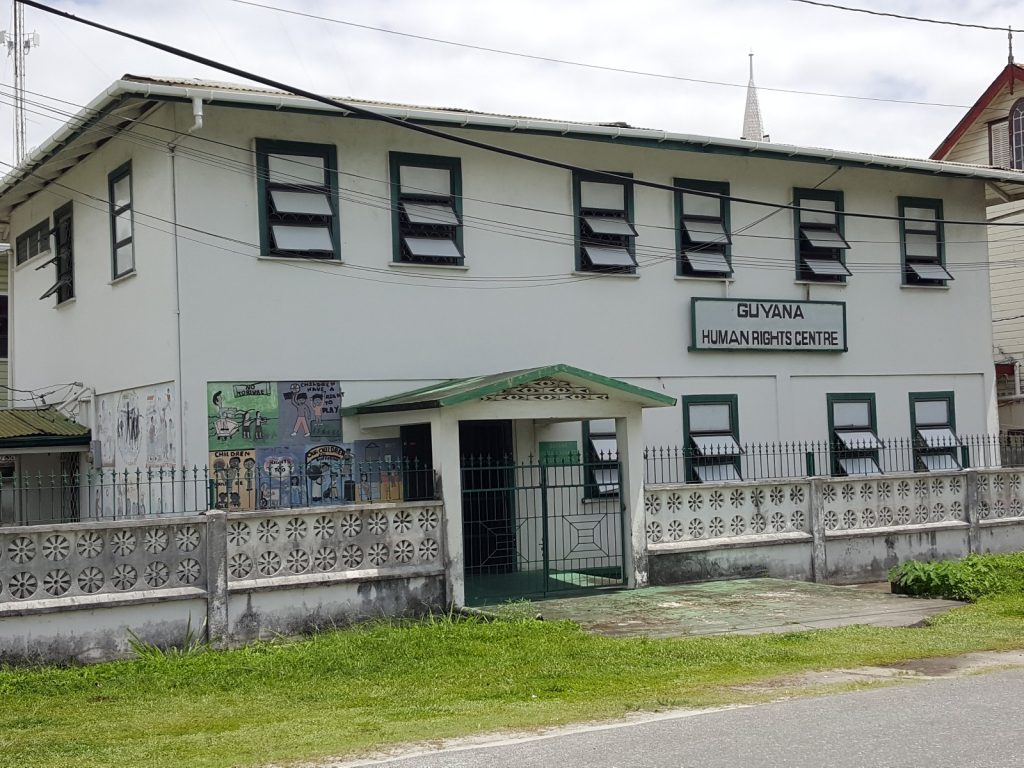 The Guyana Human Rights Association (GHRA) is recommending that the US-funded electoral reform project be aborted and instead Guyana seek help from the Caribbean Community (CARICOM) after there is compromise between the two major political parties.

“”Continued association with Republican politics, even with ‘Republicanism-lite’ in the form of the IRI,  is unacceptable. If external electoral assistance is needed in Guyana, CARICOM in general and Jamaica in particular, would be the place to start. This IRI-led project should be suspended,” the GHRA said in a strongly worded statement.

Among that association’s concerns are that the absence of compromise before any such reform, the risk of ethnically-divided concerns about the process and the International Republican Institute (IRI) being stacked with mainly republicans who have mostly refused to distance themselves from the violent ending of the United States elections at the White House.

The GHRA also cautioned that in the absence of compromise, the electoral reform process could become embroiled in a controversy over the March 2, 2020 general and regional elections.

Already, that decades-old human rights non-governmental organisation has noted that under the then Donald Trump-led US administration, the People’s Progressive Party (PPP) destroyed Guyana’s diplomatic posture towards Venezuela by being listed among American allies that had denounced Venezuela’s Nicolas Maduro administration. “In return for its support during the electoral crisis in Guyana the Trump Government, in the person of the then Secretary of State Mike Pompeo, exacted a high price from the current ruling party. By listing Guyana among countries denouncing the Madura Government, the US destroyed Guyana’s delicately crafted and decades-long posture of non-interference in internal affairs of Venezuela,” the GHRA said.

The PPP had almost immediately after regaining office in August 2, 2020 backed the US’ candidate for the President of the Inter-American Development Bank (IDB) and months later found itself in a diplomatic flip-flop after the US Embassy had welcomed Guyana’s approval for Taiwan to set up an investment office in Georgetown. Twenty-four hours later, Guyana recanted after a stern protest by its long-time friend, China.

Recalling its historical support for electoral reform, the GHRA said it now finds itself rejecting the IRI-led approach because the timing is wrong and the implementing agency is unacceptable and the preparatory groundwork has not begun much less completed. The GHRA feared that the current electoral reform effort would fail to achieve its goal and further postpone the prospects for the future reform that Guyana so badly needs.

With the likelihood of the electoral process becoming embroiled in the endless bi-partisan recrimination over the last elections, the association is recommending that electoral reform needs to come later in the life of the present government.

“The fundamental challenge to electoral reform in Guyana is the vulnerability and ease of ethnic manipulation by political parties. Resolving this deep-seated issue cannot begin with elections,” the GHRA said.

The GHRA recommended that the foundation for electoral reform be laid by building compromise across all sectors. “This is the preparatory task which should begin immediately.”

Among the steps that could be taken, according to the association, are opportunities to cooperate with organizations of other ethnicities, ensure governing Boards are inclusive – whether they be sports federations, religious associations, trade unions and business, cultural or philanthropic.

“The non-cooperation on Boards and Committees which characterizes both the current and past Parliamentary opposition is not the kind of leadership a compromise-oriented society needs. Current prospects for compromise are not encouraging. Imaginative and courageous political leadership is in short supply on all sides,” states the GHRA which has a history of fighting against the People’s National Congress (PNC)-led administration from the 1970s to the early 1990s and the PPP in the post-1992 period.

The GHRA said bi-partisan compromises and diversity could be mandated for membership of State Boards, Parliamentary Committees among others. Chosen with inclusiveness in mind, the association argued that such Boards could become genuine mechanisms for change and begin to mean something more than the tokenism and nepotism which characterizes too many such Boards at present.

Within the context of compromise, selection of the International Republican Institute (IRI) to lead the electoral reform project is a bizarre choice. In previous eras, the IRI, like its counter-part, the National Democratic Institute (NDI), offered useful services to promote democracy.  Weighing in on the IRI Board, the GHRA said “unfortunately, is no longer the case.”

The local human rights body noted that the board members listed on the IRI web-site among to “a veritable who’s who of the Republican establishment”  including party grandees Senators Lindsay Graham, Marco Rubio, Mitt Romney and Dan Anderson. With the exception of Mitt Romney, the GHRA said “none of these IRI stalwarts have publicly distanced themselves from the Trump-led mayhem following the November US election results, nor from the persecution of Congresswoman Cheney for doing so, nor from the on-going Republican campaign to disenfranchise voters in traditionally democratic States.”

“Guyanese have nothing to learn from an institution whose parent body is a leading influence in global fascism.  How can such a party or its affiliated institutions lead a process where compromise is central to success? Which Guyanese civic organization is willing to risk its integrity by collaborating with an Agency representing such anti-democratic lawlessness?,” states the GHRA.

The Resident Coordinator of the IRI , Dorota Ryzy, who is a human rights lawyer, has also faced similar questions from Opposition Leader Joseph Harmon. The opposition A Partnership for National Unity+Alliance For Change (APNU+AFC) Election Commissioners have objected to the IRI briefing the seven-member commission because there has been no bipartisan agreement on the planned 18-month project.

The European Union, US, Canada and India have all pledged to support Guyana’s efforts to reform the electoral system to prevent a recurrence of the controversy over the 2020 election results. The Organisation of American States (OAS) Observer Mission has been the most vocal and pointed critic of the electoral process.

The opposition maintains that the PPP has rigged the elections through voter impersonation and the absence of documents to reconcile with votes. But the government has ruled out another general election being held without reforms and the replacement of key GECOM officials.

Several top and junior officials of GECOM and the PNC Chairman, Volda Lawrence are before the court on electoral fraud charges.