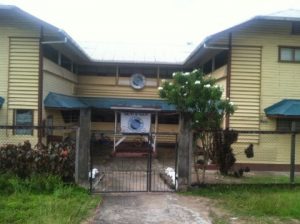 The Ministry of Health on Wednesday said it has suspended Batch #66 and Class 17 of the nursing programmes being conducted at the Charles Roza Nursing School in Linden, Region 10 (Upper Demerara- Berbice) because fewer applicants are being accepted from other regions.

“This school, funded by the taxpayers of Guyana, is intended to train all eligible Guyanese who are desirous of pursuing a career in nursing.  Unfortunately, over the years, the school has trained persons mostly from Region 10, while persons from other regions such as 1,7,8 and 9 were given nominal placements,” the Health Ministry said.

According to the Health Ministry,  Batch #66 and Class 17, have been suspended to ensure that the intake of students reflect the Regions where the Ministry of Health has the greatest need for nurses.”

Government said Batch #66 and Class 17 would be reviewed to balance the intake before classes can restart. “We are confident that all right thinking and fair minded Guyanese will agree with this approach.”

The explanation was issued after the opposition A Partnership for National Unity+Alliance For Change (APNU+AFC) criticised the decision, saying it was ill-conceived at a time when Guyana is grappling with the COVID-19 pandemic and trainee nurses have left their jobs to pursue nursing careers. “The trainee nurses along with their families would have made considerable sacrifices and incurred significant expenses. Many have resigned from other jobs and have expended considerable sums of money to invest in uniforms, text books, course materials, transportation and meet the increasingly burdensome living expenses,” the coalition said.

But the Ministry of Health urged the APNU/AFC to stop peddling misinformation and seeking to politicize the situation. “If the APNU/AFC had addressed the structural discrimination at the Charles Roza Nursing School during its tenure, then students from Region 1,7,8 and 9 would have had equitable access,” government said.

The Health Ministry said the decision to put a brake on Batch#66 and Class #17 of the nursing programmes conducted at the Charles Rosa Nursing School that showed that Region 10 is the only region with more than 233 registered nurses and 106 registered nursing assistants. “All other regions have deficits for trained nursing staff,” the ministry said.

Although many of the regions that have a shortage of nurses have identified eligible students for training at the Charles Rosa Nursing School, the Health Ministry said they have been “excluded once again.”

All students from this Batch will be graduating in 2021, the Health Ministry said.

In relation to Batch # 65, the Ministry said there were 27 Nursing Professional students with 22 students from Region 10.

The Health Ministry said that batch would be graduating in 2022. Between these two batches, an additional 51 nurses would be added to the staff of Region 10.