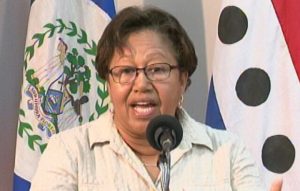 Suriname had nominated Ms. Soeknandan after some  lobbying by mainly feminist activists and non-governmental organisations. That former Dutch colony had lobbied Guyana, among other sister-CARICOM member states, to support her.

Following is the full text of the announcement of Dr. Carla Barnett as the new CARICOM Secretary-General who would succeed Ambassador Irwin La Rocque who is not eligible for a third term

Heads of Government of the Caribbean Community (CARICOM) meeting virtually in Special Session on Tuesday 11 May unanimously agreed to appoint Dr. Carla Natalie Barnett as the 8th CARICOM Secretary-General.

Dr Barnett, a national of Belize, is the first woman and the first Belizean to be selected for the post. She will replace Ambassador Irwin LaRocque who is completing his second term. She will assume office on 15 August 2021.

Heads of Government in congratulating Dr Barnett on her selection, recognised the historic moment for the Community.

A former Deputy Secretary General of CARICOM, Dr. Barnett was formerly vice president of the Belize Senate and has served in various ministerial capacities in her country’s government. She has also served as Financial Secretary of Belize and Deputy Governor of the Central Bank of Belize, as well as Vice-President (Operations) of the Caribbean Development Bank (CDB).