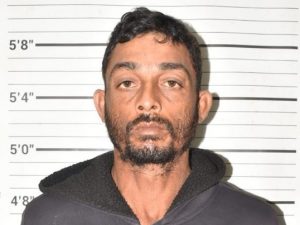 A  man from Corriverton, East Berbice has been arrested for allegedly being in possession of  25 kilogrammes of marijuana, the Customs Anti-Narcotics Unit (CANU) said Tuesday.

The man, who has been identified as 41-year old Wesley Anthonio Barry, was intercepted  at 176 Area “AA” Kingston, Little India #79 Village, Corriverton.

“During the search of the building and in the presence of the owner several packages containing what is suspected to be marijuana were discovered,” the law enforcement department of the Ministry of Home Affairs  said in a brief statement.

The marijuana, according to CANU, was in 53 different packages. 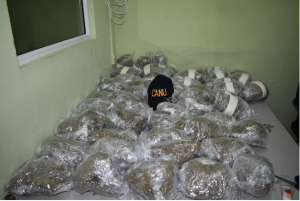 The Guyana Police Force continues to destroy large marijuana cultivations across Guyana, but they rarely arrest anyone during those operations.

In other Caribbean countries such as Barbados, St Vincent and the Grenadines, and Antigua and Barbuda, they have moved to cash in on the international demand for medicinal marijuana by licensing companies to produce and export the produce only for medicinal purposes.