“Novel grades” of marijuana being smuggled into Guyana 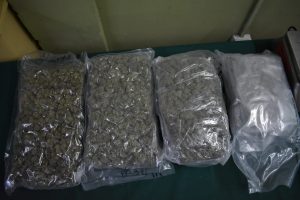 The compressed “novel” marijuana that was allegedly found in the luggage of a Guyanese-American man on his arrival at the Cheddi Jagan International Airport.

The Customs Anti-Narcotics Unit (CANU) on Tuesday said Guyana appears to be a destination for higher grade marijuana from the United States (US) and Canada, even as that anti-drugs agency said a trafficker of the pricy, high grade ‘weed’ has been caught.

“There appears to be a developing trend of nefarious individuals trafficking  presumably novel grades of marijuana into Guyana from the developed world, reversing the traditional trafficking transshipment flow,” CANU said in a statement.

Head of CANU, James Singh told  News-Talk Radio Guyana 103.1 FM/ Demerara Waves Online News that agents have been unearthing these types of marijuana in barrels and boxes that have been sent from North America. He explained that those grades of marijuana, which have a higher tetrahydrocannabinol (THC) content that creates a higher sensation, cost as much as US$1,000 per kilogramme compared to US$75 for locally grown varieties.

A 50-year old Guyanese man, Joel Cadogan, a Guyanese-American, was Monday busted with a quantity of marijuana at the Cheddi Jagan Airport Monday afternoon. 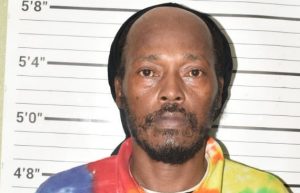 CANU says the incoming passenger had cleared immigration and was then subject to a random search when the narcotic was discovered in his luggage along with a table-top scale.  The quantity of the suspected marijuana was found wrapped in four packets and weighed 2,036 kilograms.

“This is the first time that we actually caught someone red-handed,” Mr. Singh said in specific reference to the novel grade marijuana.

Mr. Cadogan will be arraigned on Wednesday.