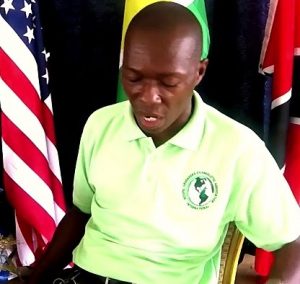 A pastor and well-known mechanic on the West Coast Berbice was Sunday killed in a road accident.

At the time of the accident on the Number 29 Village Public Road, he was riding a motorcycle when he was struck down by a minibus.

The bus was being driven by Quaison Abrams of Huntley Village, Mahaicony.

Investigations have so far revealed that the minibus was speeding in  a westerly direction, overtook another minibus and collided with the motorcycle that Pastor Farley was riding in an easterly direction.

Police say as a result of the collision, the 45 year-old motorcyclist fell onto the road surface and was dragged several feet on the northern parapet of the said road and came to a stop at a lamp post.

According to police, the driver of the minibus, along with three unnamed passengers, were taken to Fort Wellington Hospital and later transferred to New Amsterdam Public Hospital.

The driver of the motorcycle was pronounced dead on arrival at the Fort Wellington Hospital.