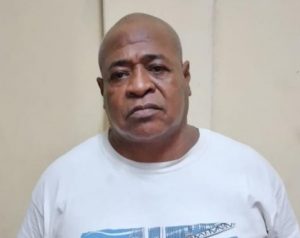 The man, who allegedly gave support to four escapees including his son, was  Monday remanded to prison until March 5.

The 60-year old man was refused bail and remanded to prison by Magistrate Crystal Lambert.

Police say that on February 16,  he well-knowing that the four men being convicted prisoners at Mazaruni Prison had escaped from the said prison, he received, comforted, harboured and maintained them.

His lawyer Adrian Thompson said his client’s son, Rayon Jones, showed up at his home  with the other three convicts and demanded food and money.

Mr. Thompson said his client was fearful for his life and him not helping the escapees could have caused him his life.