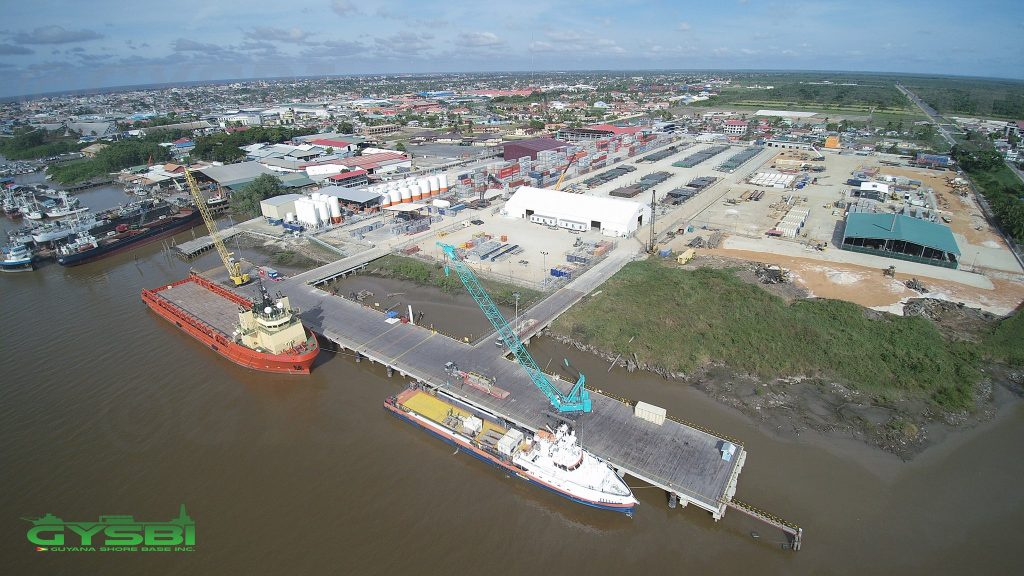 He says the transported land was bought in 2019 for US$18 million is equivalent to almost GYD$4 billion.

Mr. Nandlall’s disclosure in court papers was made to compare the price of GYD$200 million (US$921,658) that he says BK Marine paid for the old GRDB Wharf on Water Street, Kingston,

Among his arguments that he is hoping to convince the High Court to order the return of the GRDB Wharf to the State is that BK Marine enriched itself by about GYD$5 billion on purchasing the old GRDB Wharf.

The Attorney General says the GYD$200 million at which the property was sold by the National Industrial and Commercial Investments Limited, government’s holding company for State assets, at a gross undervalue and way below market price in relation to comparable and competitive facilities of a similar nature, form and usage which was sold consistent with the market value.

Mr. Nandlall, in his argumentation, states the land at Houston that was acquired by Guyana Shorebase Inc is “a significantly smaller wharf facility located some seven miles down the Demerara river” and was bought for US$18 million via Transport No. 1633/ 2019 dated 12th day of November, 2019.

A shore base is used to store equipment, spares and other supplies for transport by vessels to the offshore oil exploration and production ships.

Authorities forecast the need for more shore bases as other oil wells are brought into production and more exploration wells  are drilled.