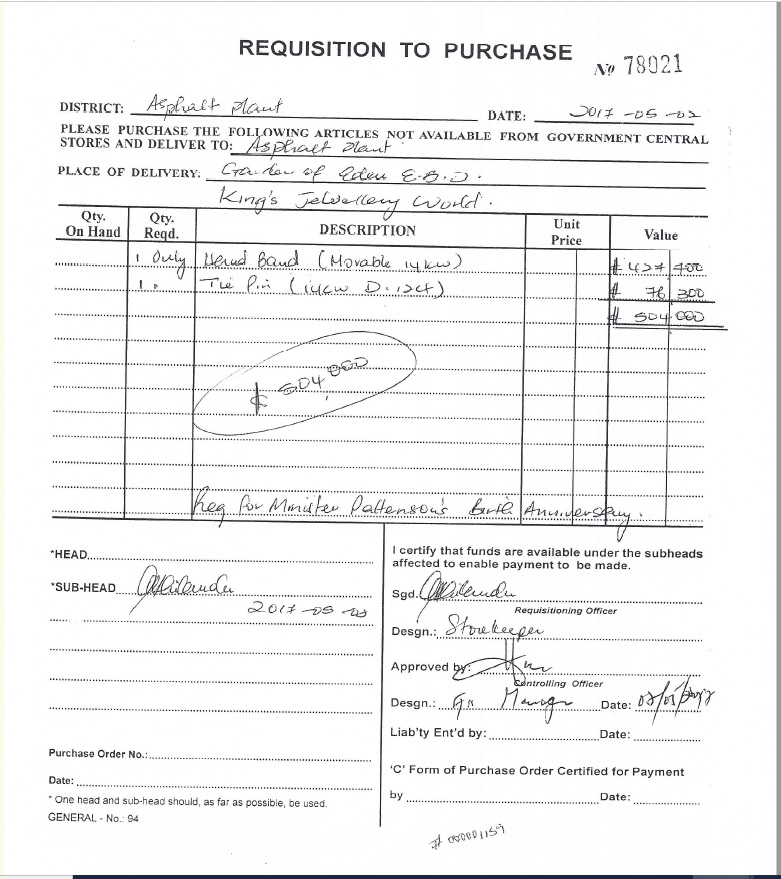 As a shake-up in the administration of the Demerara Harbour Bridge and the Asphalt Plant looms as early as this week, authorities say they have uncovered records showing that more than GYD$500,000 of government funds were used to purchase a band and a tiepin purportedly for then Public Infrastructure Minister David Patterson’s birthday but he insisted that he never received those items.

A furious Mr. Patterson has vehemently condemned the latest claims as an attempt to besmirch his character, insisting that he had never received any such gifts from the Demerara Harbour Bridge Corporation in May, 2017. “It is a f^c%!#& lie,” he told Demerara Waves Online News. “I am telling you ‘no’ that I was never gifted anything like that, I am telling you ‘no’ that I never ordered or instructed anything like that,” he said.

The documents show that the hand band was valued GYD$424, 700 and the tiepin GYD$76, 300. The entire process from quotation to requisition and payment appeared to have been completed on May 2, 2017, two days before his birthday.

Former Chairman of the Demerara Harbour Bridge Corporation, Shabir Hussain said he does not recall such a transaction going to the board for his approval and if it had, he would have rejected it.

Current Chairman, Ravi Ramcharitar confirmed that, as part of an ongoing investigation, records concerning the purchase of the pricy jewellery were uncovered. “That is true. We found the voucher and the payment documents and the name inscribed on it is ‘for Minister Patterson’,” he said. Though the documents state that the jewellery were purchased for Mr. Patterson’s birth anniversary, there was no evidence that he had actually received the items. “The transaction is with his name written on it but I have no information to suggest that he actually collected it or received it,” Mr. Ramcharitar said. 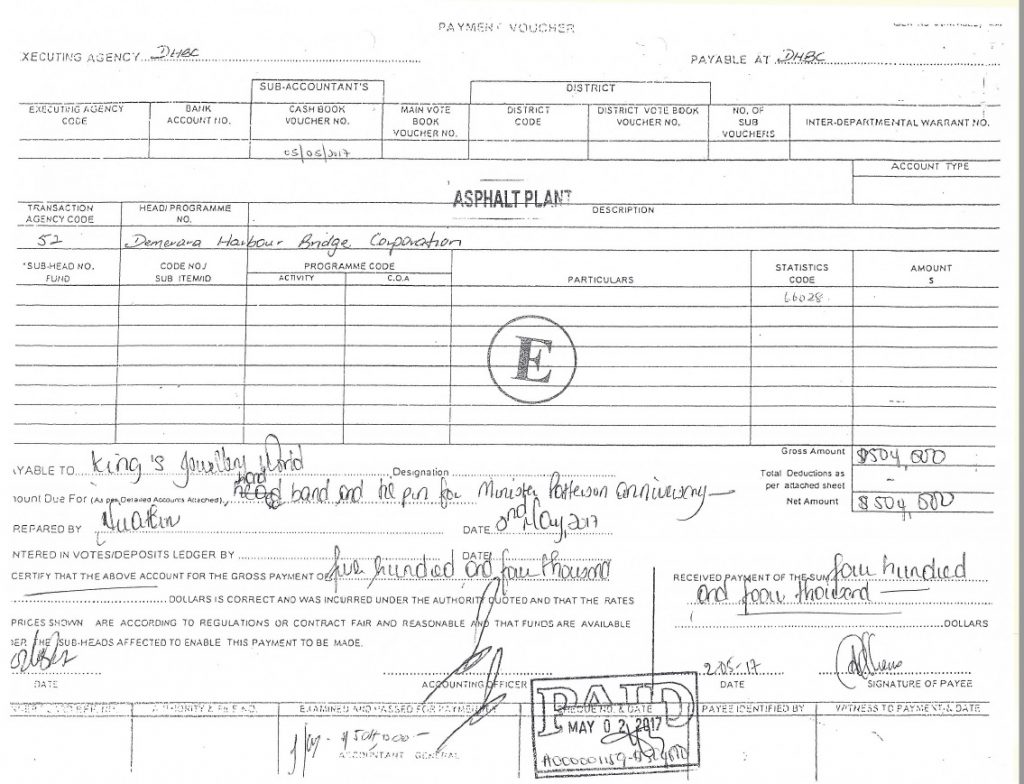 The Board Chairman noted that the investigation into the asphalt plant was ongoing and the Board would meet and decide how far the probe would be taken.

Mr. Ramcharitar said to the best of his knowledge the General Manager of the Harbour Bridge Corporation at that time could have purchased items up to GYD$500, 000 without the board’s approval.

The former public infrastructure minister lambasted sections of the media for “allowing these people to bring people’s names down” and that he does not wear any jewellery. “I don’t even wear a ring,” he remarked.

Public Works Minister Juan Edghill indicated that later this week there would be changes in the management of the asphalt plant and the Demerara Harbour Bridge. “There have been too many lapses,” he said.

A recent probe ordered by the government had shown that the General Manager of the Demerara Harbour Bridge had received a gold bracelet valued GYD$897, 000 in honour of International Men’s Day 2019.