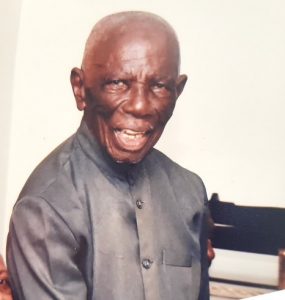 Senior Counsel Llewellyn John, one of Guyana’s fighters for Guyana’s political independence from Britain, died on Saturday, an aide confirmed.

Ursula Harris, who had been caring for Mr. John since 2014, said he died at his Croal Street, Stabroek law office Saturday afternoon.

After breaking away from the Forbes Burnham-led People’s National Congress administration he had gone on to found the fledgling People’s  Democratic Movement (PDM).

Mr. John later again embraced the PNC-Reform. He had also served as City Councillor for several years. That party late Saturday also confirmed his passing in  a brief statement.

He was conferred with the title Senior Counsel in 2017 by then President David Granger.