Police Commissioner Nigel Hoppie early Wednesday morning accused Attorney-at-Law Nigel  Hughes of “grossly misrepresenting” the apprehension and arrest of Colwyn Henry, a brother of Joel Henry who was killed earlier this year in the backlands of  West Berbice.

The Police Commissioner’s account is  that Colwyn Henry failed to produce his driver’s licence and he was prohibited from further driving the vehicle. At that point, according to Mr. Hoppie, he threatened violence against the police officer and subsequently threatened others to “have them killed.”

Police did not mention that Mr. Henry produced a picture of his licence on his phone but that was rejected. Gladstone Henry, the father of Isaiah Henry- who was also killed in early September- alleged on an audio recording of a conversation with the President of the Guyana Human Rights Association, Mike Mc Cormack that police beat Colwyn Henry. “A whole set of them rushed up to him and hoisted him and brought him inside here and started beating him and all kinds of thing because he was resisting arrest,” he said. “When he came in here and he mother fall down and he went to see his mother, they rushed up to him again and start to lash him with a baton to his head, about five of them,” he added.

The Police Commissioner said that in the course of subduing Mr. Henry and Ms. Johnson, the police officer suffered injuries to his face and arm and the police Sergeant assisting in the arrest, suffer damages to his clothing. 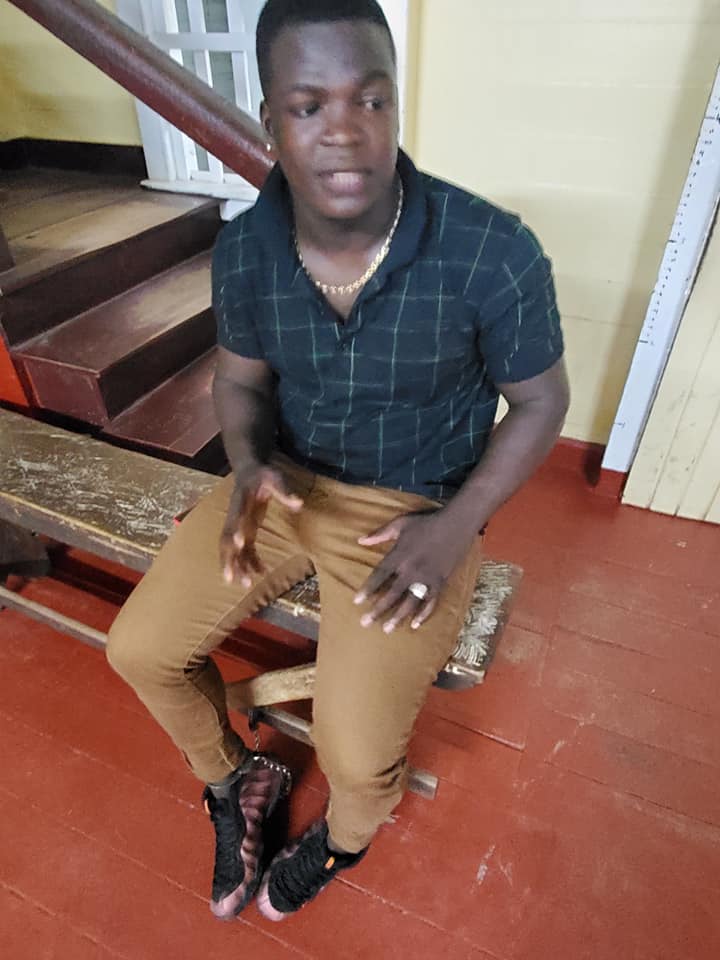 “The Sergeant managed to subdue Henry and took him into the Station’ s Enquiries Office. During the process, a scuffle ensued with Henry and the Ranks, whereby he dealt several cuffs to a constable causing the constable to sustain injury to his face and about his body. Further, Henry also bit the Constable on his left arm. The mother on the other hand held on to Sergeant Williams’ clothing, ripping off his reflector vest and ripping off two buttons in the process,”  states a separate police account of the incident.

Asked to comment on a video of the incident that showed the reflector vest being ripped off a policeman, Mr. Hughes said “she was attempting to protect her son after he had been assaulted by the police. All of this is after he showed them a picture of his valid drivers licence in his phone.”

In a separate account of the incident, police said Ms. Johnson and Mr. Henry were afterwards escorted by the police along with the constable and the sergeant to seek medical attention.

Mr. Henry and Ms. Johnson were placed into custody and subsequently placed on $15,000 cash bail. A statement was minutes later taken  from Mr. Henry in  the presence of  Attorney-at-Law Nigel Hughes.

“The Force wishes to remind citizens that it remains committed to its mandate as set out in the Constitution of Guyana and Chapter 16:01 of the Laws of Guyana, as it seeks to provide a service that guarantees the safety and security of every person within our country,” police said.

Mr, Gladstone Henry flayed the police for failing to be compassionate with their grief. “They could have handled this thing in a better way. We tried to speak to them, the reason why we are here and these things…I was always saying police is to protect the civilians, to protect us so they are our friend, to have reason to know and see when they are not breaking the law. This is something that could have been avoided because we show him the licence in the phone. All he could have done is waited and get the licence,” he said.