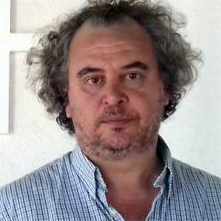 A top Argentine forensic expert is in Guyana to assess whether the Argentine Team of Forensic Anthropology (EAAF) may be able to support the efforts of the Guyana Police Force in their investigations of the deaths of the three youths in West Coast Berbice, the Guyana Human Rights Association (GHRA) said Saturday.

That organisation said that “in accordance with the wishes of the affected families” it is facilitating the visit to Guyana of  EAAF Director Dr. Luis Fondebrider,  “The purpose of the visit is to assess whether the EAAF may be able to support the efforts of the Guyana Police Force in their investigations of the deaths of the three youths in West Coast Berbice,” the GHRA said.

The Guyana government has so far virtually ruled out paying for a team of EAAF experts to come to Guyana to gather evidence as part of efforts to catch and prosecute the perpetrators. The Police Commissioner, Nigel Hoppie and Home Affairs Minister  Robeson Benn have refused to say why the trousers in which one of the bodies of the teens was found were not submitted for DNA test.

The visit will take place from December 12-16th, 2020.   The GHRA said Dr. Fondebrider is expected to meet the families, visiting the crime scene, meeting with investigators and police personnel as well as brief appropriate Government and diplomatic representatives. 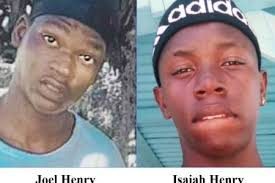 “As a result of the visit, the EAAF will determine whether and to what degree they may be able to support the Guyana Police Force in its investigations.  If that conclusion is positive the modalities of how it may   be implemented will be addressed,” the GHRA added.

During his visit Dr. Fondebrider will also hold a Zoom meeting with representatives of official and civic organizations engaged with the problem of violent deaths of women. The EAAF have developed protocols for the investigation of femicide – the violent deaths of women by men. The purpose of that session will be to explore the possibility of capacity-building in this area in the future.

Dr. Fondebrider will also give a public presentation on the work of the EAAF. That presentation will take place in the Catholic Cathedral on the corner of Brickdam and Camp Street on Tuesday, December 15th from 5.30 p.m. to 7.00 p.m. The Cathedral is an appropriate venue in terms of safely accommodating COVID-19 protocols.

Dr. Fondebrider was one of the speakers at the Conference on Truth and Justice, In Search of Reconciliation in Suriname held in Paramaribo in 1998 by the Justice & Peace Organization and the Inter-American Institute for Human Rights.  At the time he was a staff member of the EAAF.