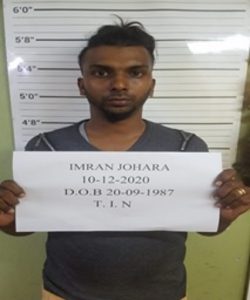 Agents of the Customs Anti-Narcotics Unit (CANU) have arrested a 33-year old taxi driver at Moleson Creek, Corentyne, Berbice with more than 50 kilogrammes of marijuana in his car.

Also arrested is a juvenile who cannot be named for legal reasons.

CANU said the driver, Imran Johara,  of 59 Line Path C, Corentyne, Berbice was arrested on December 10 after the marijuana was found in his car, HC 9071.

“A search of the hire car was conducted in the presence of the two occupants of the hire car and several parcels of cannabis was found in the vehicle. Investigations into the matter are still ongoing,” CANU said in a statement.

The Caribbean Community (CARICOM) Marijuana Commission has recommended that jail terms be scrapped for being in possession of 30 grammes or less of  marijuana for recreational use.  This is because a large number of prisoners are on remand or convicted for the possession of small amounts of marijuana.
Several Caribbean countries, including Barbados, Antigua and Barbuda and Barbados are planting medicinal marijuana for export. 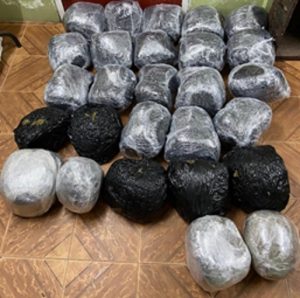 The marijuana that CANU said was found in the car driven by Imran Johara.