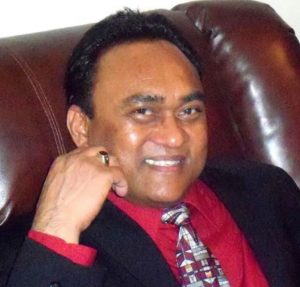 The Chairman of the Guyana National Broadcasting Authority (GNBA), Attorney-at-Law Glenn Hanoman and Minister responsible for media, Kwame Mc Coy see no need for the removal of New York-based Guyanese broadcaster, Robert Mohammed from the local regulatory authority, although he had been cited by the United States (US) Federal Communications Commission for allegedly broadcasting without a licence.

For his part, Mr. Mohammed indicated that when he had been cited by the FCC in 2011 for unlicensed broadcasting, he had responded to that regulator showing that he was authorised in keeping with the rule he was “authorized to operate within and the case was closed. “This is what had happened with the said disputed Citations that you are probing,” he said.

Touching on the outcome of that case in which he had been cited for broadcasting on 1620 AM from a house in  Richmond Hill, New York without a licence, he said the FCC does not provide an outcome of its cases. He also said that the complaint that had been brought against him had nothing to do with Guyana.  “The juxtaposition with FCC Citations is that they never post the outcome of their investigation, solution, or the alleged complaint’s resolution on the net. Further, this matter is also out of the jurisdiction of Guyana,” he said.

Against the background of the  FCC’s citations, Mr. Mohammed believed that he was still suitable to be a member of the GNBA Board. “They selected me to be on the GNBA Board because I am the most qualified Radio Frequency Communications Engineer with extensive experience in all broadcasting phases, specializing in regulatory rulemaking, spectrum management, engineering, and technical requirements for a broadcast license and compliance, and also a career that spans more than 40 years in the US broadcast industry,” he said. Mr. Mohammed says on his Social Media pages that he is the holder of a Masters of Science in Electrical Engineering  (MSEE), but he did not respond to enquiries about where he pursued that programme of study.  He was recently  in Guyana where he met with Prime Minister Mark Phillips and interacted with Vice President Bharrat Jagdeo.

GNBA Chairman Hanoman said he saw no immediate need to remove Mr. Mohammed from the GNBA Board and at any rate he believed that even convicted persons should be given another opportunity. “I do believe in second chances. I don’t believe that that should stain them for the rest of their lives. If he has some sort of expertise to offer and he maintains his integrity because I believe in second chances,’ he said.

Mr. Hanoman said he understood the concern about someone being cited for an infraction and now being part of a regulatory body.

Minister Mc Coy, too, also said Mr. Mohammed was picked based on his experience in the broadcast sector. “Mr. Mohammed comes with vast experience in the broadcasting fraternity. I consider the fact that he doesn’t have a broadcasting business in Guyana and as a result would not find himself in a conflict of interest situation. The skills, also as an Engineer, in this era is what we considered,” he said.

Mr. Mc Coy said President Irfaan Ali ultimately chose the Board members based on advice. He said  the GNBA Board was made up of professionals to ensure there is compliance with standards and other regulations.   The Minister said “I don’t think anyone of us knew” about the FCC’s  citation against Mr. Mohammed.