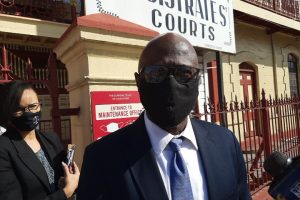 City Magistrate, Rhondel Weever on December 3 upheld no-case submissions by defence lawyer Nigel Hughes that Mr. Best was not driving dangerously at the time of the accident on February 8, 2020.

In her appeal, the DPP is asking the Court of Appeal to set aside and/or reverse and Mr. Best be “made to pay the cost of this appeal.”

The Magistrate reportedly found that the prosecution failed to establish that Mr. Best was driving dangerously and consequently the case has been brought to an end. Mr. Best has publicly expressed regret for the death of Mr. Bentley.