Success in fighting COVID-19 in Kwebanna example for rest of Guyana; govt mum on heightened police enforcement of COVID measures 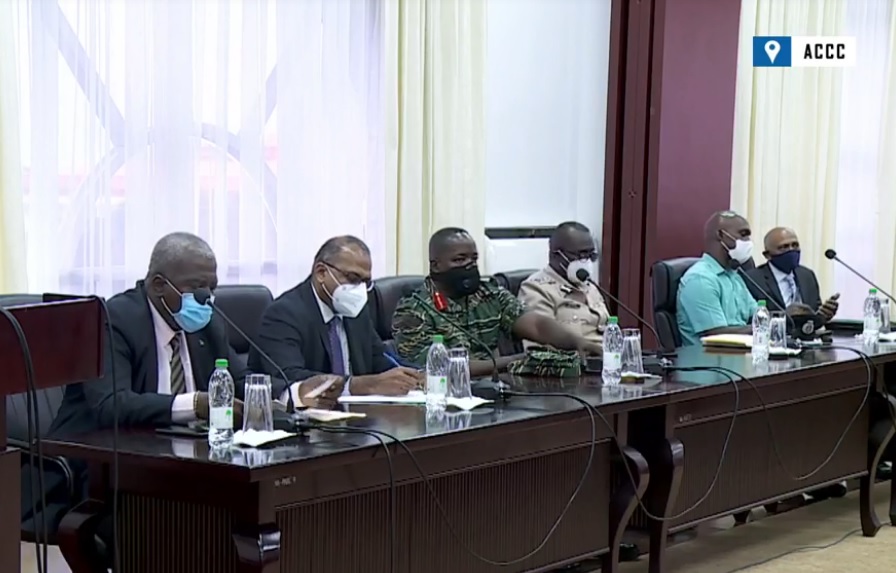 Health Minister Dr. Frank Anthony at the weekend said the success in fighting COVID-19 in Kwebanna, North-West District in Region One highlights the importance of following the measures to fight the viral disease, even as he boasted that 80 percent of the more than 5,000 infected people have recovered.

Latest statistics released on Sunday by the Health Ministry show that 4,019 of the 5,133 infected persons have recovered so far.

Dr. Anthony’s singling out of Kwebanna where there had been a lockdown for several weeks came as the Guyana Police Force began a crackdown in Region Six (East Berbice- Corentyne) against people who have been violating the COVID-19 measures by not wearing masks and being in contact with others less than six feet apart. “There are a couple of things the team would normally do, but I guess the main one is really working with the Village Council to ensure that the residents of the community comply. If we don’t have compliance then we will see an escalation of cases, we feel where people are more compliant with the guidelines … then we are able to actively reduce the cases. In addition, of course, we had put in some measures like restriction of movements,” he was quoted as saying by government’s Department of Public Information (DPI).

Neither the Health Minister nor the Prime Minister, Mark Phillips, who chairs the National COVID-19 Task Force responded to questions on Sunday about whether the shift is now towards enforcement because Guyanese are not voluntarily abiding by the measures. Last week, the Health Minister urged Guyanese to stay at home during the Christmas Season instead of socialising in order to minimise the spread of the disease.

Concerning the recovery rate, the Health Minister said while it is not reason enough to celebrate, he is pleased and is confident of further improvement once COVID-19 guidelines are followed.

“Most of those (infected) persons have already recovered. We’ve had maybe about 4,000 or so persons who have recovered, so, I think our rate of recovery has been quite good.”

Minister Anthony said these techniques used at Kwebanna are being implemented at St. Cuthbert’s Mission, with evident positive results.

“We are happy that we are making progress in terms of discharge at (St. Cuthbert’s Mission), and we will continue to monitor the situation.”

The Minister said the country still has about 700 active COVID-19 cases, and this is cause for concern. “Our challenge really is that small percentage of people, 20 per cent or so who will require hospitalisation, then a smaller set of people probably about 4 per cent who require ICU care. Those who require ICU care we are providing that care, but, you know, those are really critical patients, and unfortunately a percentage of those, we lose them. It is still a challenge, but generally, most of the persons who have had COVID-19 have recovered.”

Minister Anthony again urged citizens to follow the COVID-19 guidelines to protect themselves and their families.