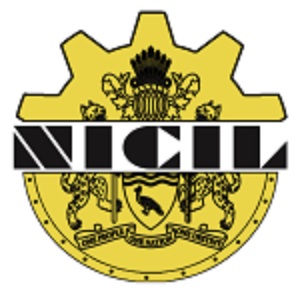 The Guyana government’s holding company for State assets- National Industrial and Commercial Investments Limited (NICIL)- said a document that its former Chief Executive Officer Colvin Heath-London is using in his defence does not exist in its records and is alleging that it was forged.

“In any event and most importantly, the content of that document and the decisions contained therein are not recorded in any minutes of any meeting of the Board of NICIL on that date or at all. In the circumstances, NICIL will formally request that the Guyana Police Force investigate that document as an alleged forgery,” NICIL said in a statement.

The document released by Mr. Heath-London’s Attorney-at-Law earlier Sunday states, among other things, that the now late Chief Executive Officer, Horace James had in January 2018, before the passage of the no-confidence motion, proposed that the lease transactions should be amended to facilitate sub-letting to create greater competition for local companies and nationals to benefit from the oil and gas industry. Titled a “Board Note” the document was dated the 2nd January 2018 approved and stamped by Mr. James  12th January 2018 and received by NICIL/SPU on 15th January 2018.

Mr. Hughes could not be reached immediately for a comment.

But NICIL said Sunday that after a careful examination of the “unsigned document”, it concluded that that document never emanated from NICIL or is part of the minutes of any NICIL Board meeting.

The government holding company further states that NICIL’s Board Meetings are recorded and minuted by the Company Secretary in a particular style and format and all such minutes and records are kept by the Company Secretary. “The document currently in circulation is absolutely inconsistent with and does not meet the standardized format of NICIL Board Meeting minutes or any NICIL document,” the company stated. According to NICIL, the document is titled a ‘Board Note’ from a meeting of the board of NICIL but “there is no document in NICIL’s records which is styled a ‘Board Note’.”

While the government has been suggesting that such transactions had been made after the passage of the no-confidence motion in December 2018, Mr. Heath-London on Sunday used the Board note to show that the decision to allow for sub-letting of leases was made in January 2018 with Mr. James at the helm of NICIL.

Mr. Heath-London, according to Mr. Hughes, was arrested on Friday morning for alleged conspiracy to  defraud and he remains in police custody, although station bail was requested.

2020-11-22
Denis Chabrol
Previous: Success in fighting COVID-19 in Kwebanna example for rest of Guyana; govt mum on heightened police enforcement of COVID measures
Next: 146 now dead from COVID in Guyana