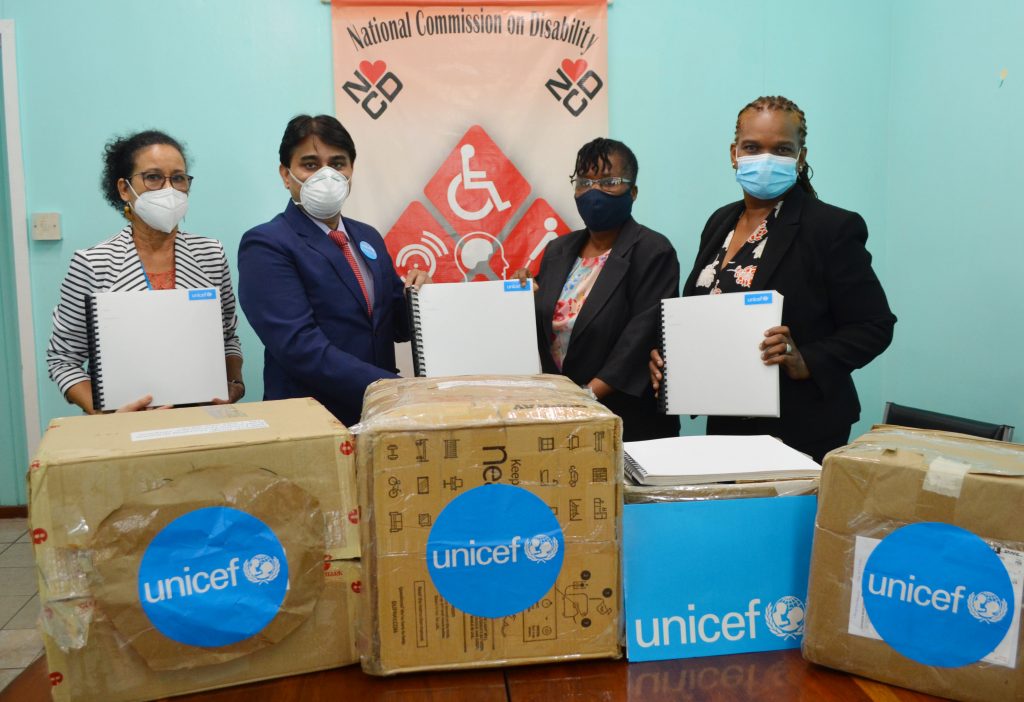 The United Nations Children’s Fund (UNICEF) has handed over 98 copies of the Sexual Offences Act reproduced in braille to the National Commission on Disability (NCD).

The organisation says the handover is part of a continuing initiative to ensure that all children, including those with disabilities, have access to important laws.

“We in UNICEF are convinced that a country’s human resources can only be advanced if there is equity, inclusion, respect and active participation of all persons. We are pleased to have had the opportunity to make possible the translation of the Sexual Offences Act in braille,” said Akhtar in a statement issued by UNICEF about the presentation that was made on Tuesday.

“This gesture is one significant way of supporting the NCD’s goal to promote a society where persons with disabilities know their rights and are able to lead full and productive lives.”

UNICEF had previously supported the translation of key legislation including the Sexual Offences Act (2010), the Protection of Children Act (2009) and the Trafficking in Persons Act (2005) into user-friendly languages, which were then reproduced in braille. The copies handed
over today will be distributed to relevant groups around the country. UNICEF continues to support initiatives that enable youth and vulnerable groups to know their rights.

UNICEF works in some of the world’s toughest places, to reach the world’s most disadvantaged children. Across more than 190 countries and territories, we work for every child, everywhere, to build a better world for everyone.