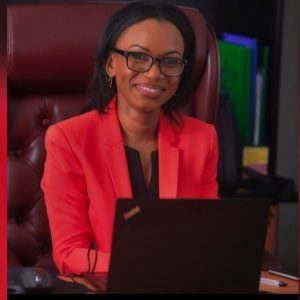 Minister of Tourism, Industry and Commerce, Oneidge Walrond’s explanation about steps she took to give up her citizenship has triggered more questions that were up to mid Saturday afternoon unanswered.

She said President Irfaan Ali asked her on August 5 to serve in his Cabinet and 13 days later she renounced her citizenship.

“I wrote to the US Consular Office on August 18, renouncing my citizenship to the United States of America with immediate effect,” she said in a statement. A number of US State Department websites say the renunciation process can take three to six months.

President Irfaan Ali on Saturday, when asked whether Ms. Walrond had given up her American citizenship before she had been sworn in, said “I know that she gave up the status; that’s what I know. From the time we announced the Cabinet, I am sure that all members, all the members were in line. They knew what they had to do and they would have already done what they had to do,” he said.

Neither the Minister’s Public Relations Officer, Cordelle Mc Lure nor the Minister has said when the renunciation process was completed and when the Certificate of Loss of Nationality was issued. Mr. Mc Lure did not say specifically when a response would be provided.

The Tourism, Industry and Commerce Minister said she opted to renounce her United States (US) citizenship although a number of lawyers had advised that she did not need to do so since she was going to be a technocrat instead of an elected member. “As an Attorney-at-Law and being mindful of my status as a US Citizen, I sought the counsel of other attorneys on whether the sections of the constitution prohibiting elected members from being
dual citizens applied to me as a technocrat minister. Despite advice that this provision did not extend to technocrats, out of an abundance of caution, I decided to renounce my citizenship to put the matter beyond all doubt and avoid any distraction to the good work of the government,” she said.

Guyana’s constitution states that technocrats can be appointed ministers or parliamentary secretaries if they are “qualified to be elected as a member of the National Assembly.”

Guyana’s Courts have ruled that it is unconstitutional for holders of dual citizenship to become parliamentarians. That had been a contested point after then government parliamentarian, Guyanese-Canadian Charrandass Persaud, had voted in favour of an opposition-sponsored no-confidence motion in December, 2018.

After the court rulings, then government parliamentarians Joseph Harmon, Rupert Roopnaraine, Carl Greenidge and Dominic Gaskin had resigned. Mr. Harmon and Mr. Greenidge have since said they have renounced their American and British citizenships.