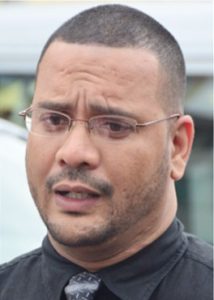 Mr. James Singh has been reappointed Head of the Customs Anti-Narcotics Unit (CANU), an agency of the Ministry of Home Affairs, and the National Anti-Narcotics Agency (NANA) has been disbanded, well-placed sources said.

Well-placed sources said Mr. Singh is expected to meet with staff this week, following the decision by Minister of Home Affairs Robeson Benn to recall him to the country’s anti-drugs agency.

The operational head of CANU has been Mr. Lesley Ramlall as part of the NANA structure.

Retired Major General Michael Atherly’s contract as Head of NANA has not been renewed.

The then David Granger-led coalition administration had established NANA as an inter-agency coordinating agency for CANU, Guyana Revenue Authority and the Guyana Police Force.

Mr. Singh’s reappointment as Head of CANU comes less than one month after the United States and Guyana inked a pact to activate the Shiprider Agreement to facilitate joint anti-narcotics operations by air and sea.

Back in June, 2017 Mr. Singh Singh had been removed from the post of Head of the Customs Anti-Narcotics Unit, following a Commission of Inquiry into the detention and release of a suspected drugs-laden ship earlier that year.

2020-10-05
Denis Chabrol
Previous: AFC divided so far on pulling out of coalition with APNU; Patterson refuses to withdraw resignation
Next: GPHC refutes suggestion that serving nurse died from COVID-19