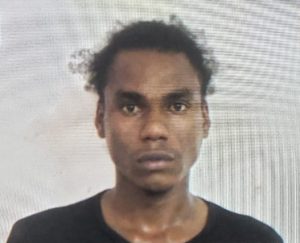 A man, who is serving a three-year prison sentence for armed robbery, Tuesday afternoon from the Lusignan Prison where he and others had been assigned to work in the kitchen, Director of Prisons Gladwin Samuels said.

Mr. Samuel said Moore was discovered missing at about 4:30 PM “from his place of labour.”

The Prisons Directorate, he said, has launched an  investigation and manhunt.

The Director of Prisons said Moore and 13 other prisoners were booked out from the Holding Bay to work at the kitchen.