Start of govt, opposition inclusive governance talks in limbo “no honest interlocutor”- Jagdeo ; “that is none of his business”- Harmon 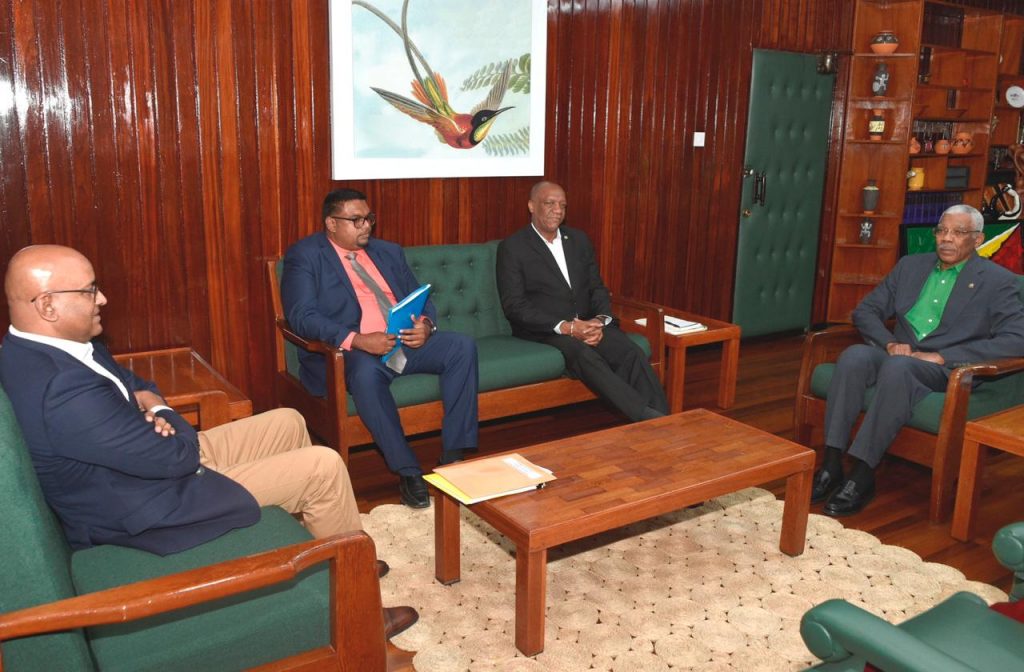 Vice President Bharrat Jagdeo has cast some doubt over the start of inclusive governance talks with A Partnership for National Unity (APNU+AFC), because the opposition coalition continues to maintain that this year’s general elections  were rigged and experienced People’s National Congress Reform (PNCR) politicians have been removed from the National Assembly.

He said the Irfaan Ali-led administration was committed to examining the governance model and addresses more concerns but government’s dilemma was that “there is honest interlocutor” in the coalition. “The people, who are in Parliament today, many of  them were the ones who not only sought to steal the elections but they have absolutely no remorse about it and you see the arrogance about even the attempt to steal the elections. How could they reasonably be honest interlocutors?  And that is what people are saying out there. How do you work with people who have no remorse about the role they played in trying to divide our country first of all but trying to steal a whole election,” Mr. Jagdeo told the House.

But Opposition Leader Joseph Harmon on Friday dismissed those reasons for not holding talks and he said APNU+AFC would not withdraw its two election petitions that have been filed in the High Court. “Mr. Jagdeo cannot set his own terms, his own bars when he feels that that is necessary…In the meantime he  cannot use the fact that we are convinced that there has been electoral fraud,” Mr. Harmon said. He recalled that back  in 2015, the coalition had not used PPP protests against the election results as a reason for not engaging with that party.

He chided the Vice President, who is also the PPP General Secretary, for putting obstacles in the way of consultations but the coalition was ready and willing to hold those talks.

Mr. Jagdeo also questioned who would such talks be held with because  all long-serving PNCR executive members are no longer parliamentarians. “They have been decimated in favour of people who could have stuck with the rigging narrative so the problem today, we face a huge dilemma that there is no honest interlocutor on the other side who commands people, the people of the country and the base and we have seen that in the recent issue. We don’t know whether the Leader of the Opposition or the Chairman of the party is in control  of the base,” the Vice President said.

But, Mr. Harmon said that was none of the Vice President’s business because the PNCR’s decision-making structure includes party leader David Granger and  Chairman Volda Lawrence. “It is rather cheeky of Mr. Jagdeo to determine our own internal affairs when his house has never been in order…What is he talking about people in Parliament. That is none of his business. If he has to engage, if he has to engage with the opposition, I am that person. If he has to engage with the party, then the party has a structure,” said Mr. Harmon, a former Minister of State…. Each of those officers has a responsibility in the party so he cannot pick and choose who he wants to speak, when he wants to speak to him and use that as an excuse for failing to consult,” he added.

The Opposition Leader highlighted that Mr. Jagdeo had almost single handedly “wiped out a whole section of the PPP” that had supported now late party co-founder Dr. Cheddi Jagan in order to ensure that Irfaan Ali had been picked as presidential candidate for the March 2, 2020 general and regional elections.

Before the declaration of the results of the March 2, 2020 general and regional elections in early August, Dr. Ali had repeatedly said the PPP had been ready to talk without conditions once the declaration had been made.