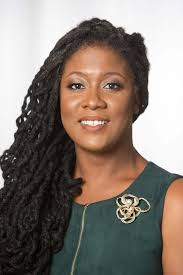 The opposition A Partnership for National Unity+Alliance For Change (APNU+AFC) has accused Minister of Public Works Juan Edghill of misconducting himself in public office by disclosing contents of a human resource personnel file to explain why a senior official of the Guyana Civil Aviation Authority (GCAA) was dismissed.

The issue centres on Mr. Edghill disclosing the apparent reasons for the dismissal of General Counsel of the Guyana Civil Aviation Authority (GCAA), Amanza Walton- Desir.  She was an APNU+AFC candidate for general elections this year and she has since been selected as a parliamentarian.

“Edghill acted way beyond the parameters of acceptable conduct, indulged in misconduct in public office and will suffer the legal consequences for his abhorrent and nauseating actions in maligning Ms. Walton-Desir, who has 17 years experience as a practicing attorney,” the coalition said in a statement.

The Public Works Minister, who holds responsibility for civil aviation, yesterday acknowledged asking for Ms. Walton-Desir’s files from the Human Resources Department, some of which he disclosed publicly.

The coalition says if Mr Edghill was interested in knowing about Ms. Walton-Desir’s termination, he should have followed obtained a report from the GCAA Director General, Lt. Col. (Retired) Egbert Field. “For a minister to request the employment file of a member of staff of an agency within his portfolio is tantamount to political interference and in fact confirms that Edghill is the intellectual author of Ms. Walton-Desir’s termination.,” the coalition added.

But APNU+AFC says Mr. Edghill’s approach was “abhorrent and nauseating”  in maligning Ms. Walton-Desir, who has 17 years experience as a practicing attorney.

The coalition says during the Public Works Minister’s  vicious political attack against another professional woman, he slandered her and reflected the “height of authoritarianism. “

Minister Edghill listed several aspects of Ms. Walton-Desir’s purported interaction with the GCAA management and then President of Guyana, David Granger. He alleged that she was not on duty since March 2, 2020. That was the date on which general and regional elections were held.

“There is no evidence of Ms. Desir being at work since the March 2nd 2020 elections and July 31st of this year,” said Minister Edghill, who has oversight responsibility for the GCAA. “To be off the job for months without leave being approved in itself is voluntary termination,” he added.

The Minister further explained that Ms. Walton-Desir was “was materially and physically involved here at the … Conference Centre throughout the entire period of the [elections] recount.”

Mr. Edghill denied that Ms. Walton-Desir was let off the job because of political reasons. She had been first employed by the Ministry of Public Works under the then People’s Progressive Party Civic-administration prior to 2015.