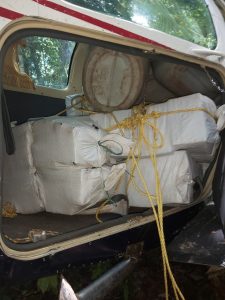 A second aircraft was Monday afternoon found in the Issano area with a dead man and a quantity of suspected cocaine, police said.

The identity of the pilot was not immediately known, but Region Seven Police Commander Superintendent Dion Moore said the crashed plane is a Beechcraft. The registration markings were not yet available.

Mr. Moore said agents of the Customs Anti-Narcotics (CANU) have left for Issano, as a quantity of suspected cocaine was found aboard. 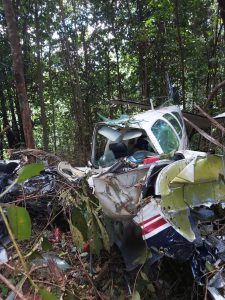 The Divisional Commander said the Beechcraft was located about 600 yards away from where the Cessna plane  was  found with a Brazilian and two Venezuelans aboard. “It is damaged, unlike the other one that did not crash

While nothing illegal was found aboard or the Brazilian-registered Cessna plane, the occupants have already told investigators that the second aircraft developed mechanical problems and had presumably crashed.

Aboard the Cessna 206 were a 38 year old pilot, from Boa Vista, Brazil; a 29 year old pilot from Temeremo Venezuela; and a 35 year old Internet Technician from Manaus Brazil.