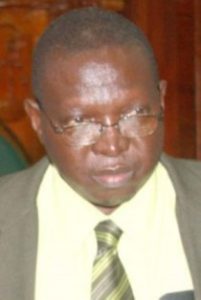 Members of Parliament (MPs) will have the option to participate virtually when Parliament is convened, as a decision has been made to adopt the hybrid model of in-person and online attendance, due to the coronavirus COVID-19 pandemic.

Clerk of the National Assembly Mr. Sherlock Isaacs told News Talk Radio 103.1 FM/ Demerara Waves Online News that the decision was based on the fact that it would allow for a more comprehensive resumption of Parliament and comply with physical distancing rules; while allowing full participation from all MPs.

“I have asked all parties to give me a list of the virtual participants, so I am awaiting that list and in the meantime, we are making the necessary preparations to facilitate that new arrangement,” he explained.

The hybrid sitting entails a limited number of MPs being physically present in the Chamber and others joining through a virtual platform. This is the first time in the history of the 65-seat National Assembly that a virtual sitting will be facilitated. This also follows similar moves made by Parliaments in the United Kingdom, Canada and India.

Mr. Isaac’s said, “Arrangements to ensure that they (MPs) have computers and laptops, forms and other documents and materials are being put in place. But I am confident that everything will be in order for the next sitting,” he added, explaining that Zoom will be used for this arrangement.

Only two days ago, the Clerk said the Parliament Office will be renting the Arthur Chung Conference Centre to hold sittings of the National Assembly.  He said for those who would choose to be physically present, they are expected to be seated at least two seats apart in keeping with the need for social distancing to minimise the spread of COVID-19.

The Clerk of the National Assembly said he was working closely with the Ministry of Health and the Guyana Defence Force in preparation for the new Parliament.

Two government ministers,  Foreign Affairs Minister Mr. Hugh Todd and Tourism and Commerce Minister Mrs. Oneidge Waldron- were recently tested positive for COVID-19 which has so far infected more than 1,000 Guyanese and killed more than 30 others.
Meanwhile, President Dr. Irfaan Ali is also expected to issue a proclamation shortly, to open the twelfth Parliament. This was confirmed with Minister of Parliamentary Affairs and Governance Ms. Gail Teixeira.

President Irfaan Ali has proclaimed September 1 as the date when the 12th Parliament will meet for the first time since general elections were held in March.

Dr. Ali also says that sittings of the National Assembly will be held at the Arthur Chung Conference Centre until social distancing is no longer necessary.

“So we are setting up a Secretariat with recording equipment, tents for the COVID-19 team, the press, policemen, and making all the arrangements and other things,” he explained. Plans are also already in place to have the building fumigated on Sunday, and regular cleaning will be done during each sitting.

Mr. Isaacs said the Centre’s main meeting area would be catering for 72 persons including the 65 parliamentarians.

The National Assembly has not had a sitting since May, 2019.