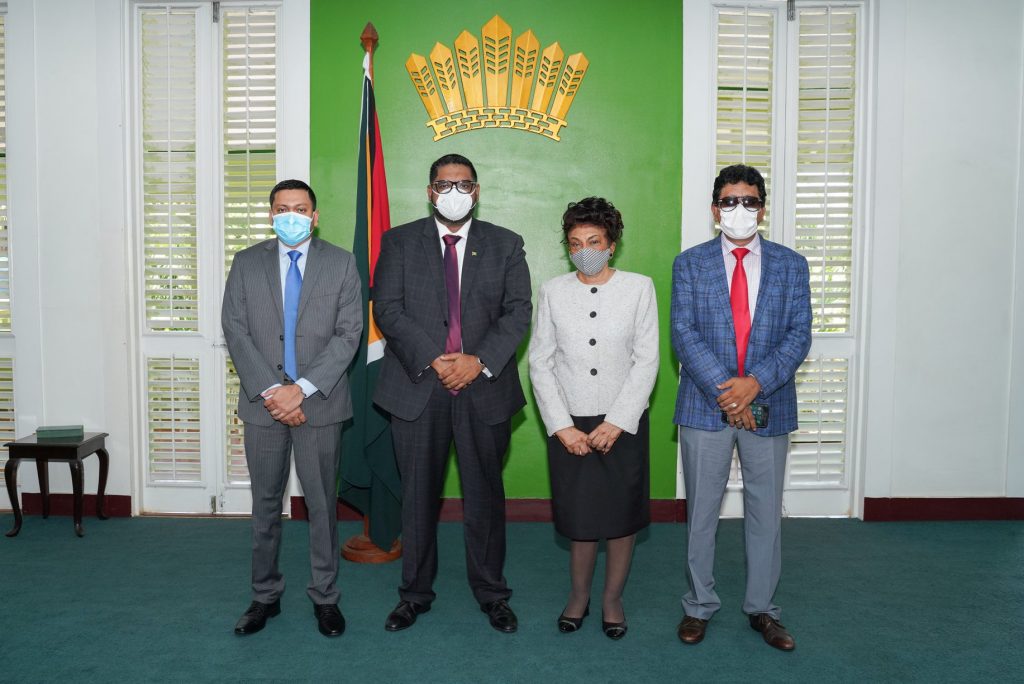 President Irfaan Ali on Thursday restated that his administration continues to insist on revamping the electoral machinery to the satisfaction of all Guyanese and the international community.

He hoped that the appointment of Attorney-at-Law Manoj Narayan as an Elections Commissioner would  pave the way for the Elections Commission to reform the system that had been hit with several snags and uncertainty before during and after the March 2, 2020 general and regional elections.

Mr. Narayan replaces Mr. Robeson Benn who resigned from the seven-member body to take up a ministerial appointment in the People’s Progressive Party Civic (PPPC) administration.

“With the appointment of Mr. Manoj on the Commission, I am sure it will help you, the Chairperson and the Commission, to advance the work as you seek not only to address the many issues before you in relation to the concluded elections but more importantly, in the strengthening of the electoral system, as we work towards having an electoral system in which the people of our country can have confidence; and one in which the international community can be comfortable that Guyana has strong democratic institutions that will always act in the best interest of democracy and the people of our country. I know that the task ahead is not easy for any one of you,” he was quoted as saying in an Office of the President press statement.

At least two other GECOM officials, as well as Mr. Mingo, have been arrested by police who say they are conducting “intensive” investigations based on complaints received.

Mr. Lowenfield and Ms. Lawrence were not required to plead to the indictable charges. Mr. Mingo has been arraigned, but in a High Court application by his lawyers to seek his release from police custody, they said he is innocent of any fraud.  That habeas corpus proceeding has been rescheduled to Friday at 10 AM before Justice Rishi Persaud.

Mr. Narayan is an attorney at law by profession. President Ali, in his remarks, said these appointments are critical in the governance architecture of Guyana. The Head of State said Mr. Manoj is a young lawyer, who has already spent a lot of time dealing with electoral matters. Alluding to his Inauguration address, the President said he has spoken about the urgent need to have a comprehensive understanding of what took place over the last five months at the Elections Commission.