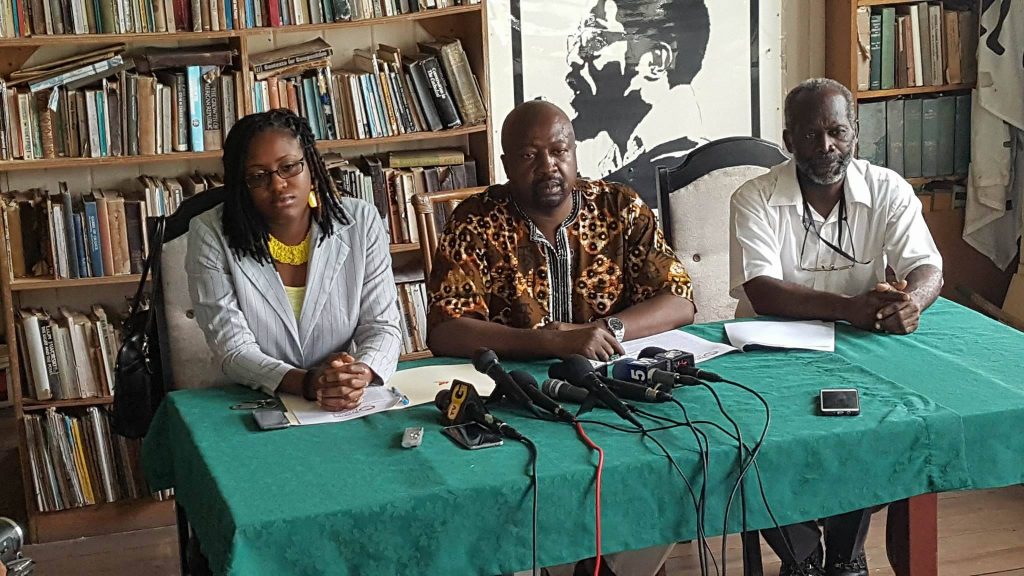 The Chairman of the Working People’s Alliance (WPA), Tabitha Sarabo-Halley has resigned, even as that party maintains that it was not consulted on who should have been the person selected to become Parliamentarian.

Mrs. Sarabo-Halley confirmed Sunday night that she has resigned from the WPA and she does not intend to revisit her decision.

Asked whether she intends to remain as a Parliamentarian for A Partnership for National Unity (APNU), she says further comments will be made at a later date.

The WPA recently announced its withdrawal from the People’s National Congress Reform-dominated APNU unless a number of conditions, including the right to select its parliamentarian, are met within two months.

The names of the intended parliamentarians have been already extracted from the lists of political parties and published in the Official Gazette.

He, however, dismisses talk that he had instead wanted to be selected as the WPA’s parliamentary representative among the 31 APNU+Alliance For Change parliamentarians.

Reacting to APNU Chairman David Granger’s reported position that he consulted the WPA and received a number of names from which he picked Mrs. Sarabo-Halley,  Dr Hinds says that the WPA submitted four names. “If he  chooses from that list, then he is choosing from the WPA… Ultimately, the choice has to be our choice,” said Dr. Hinds.

But he says the covering letter to Mr. Granger states that the WPA expected to be consulted on the decision on who from among the four should go to Parliament. “We reserve the right to choose, as was stated in the covering letter,” he says. Dr. Hinds said Mr. Granger never said how many seats the  WPA would have been given.

Mrs. Sarabo-Halley last year replaced Dr. Rupert Roopnaraine as Minister of Public Service after he resigned because he is also a British citizen.

Following the March 2, 2020 general elections and subsequent declaration of the People’s Progressive Party (PPP) as the winner on August, 2020, the PNCR-led APNU has now come down from four parties to two –  PNCR and the little  known Guyana Action Party (GAP).

Mr. Granger has been  quoted in a PNCR statement as saying that the small parties needed at least 7,000 votes to  be eligible for at least one seat in the National Assembly. It is unclear how that was measured as votes cast were for APNU+AFC.  The Justice For All Party , which had publicly called on the coalition to accept the results based on the national vote recount, and the National Front Alliance were not given any seats.

Mr. Granger had, before the elections, stated repeatedly that the coalition was better together.

2020-08-24
Denis Chabrol
Previous: No prequalification process for new Request for Proposals to sell Guyana’s oil
Next: PNCR Chairman on bail for fraud charge; maintains her innocence