PNCR Chairman on bail for fraud charge; maintains her innocence 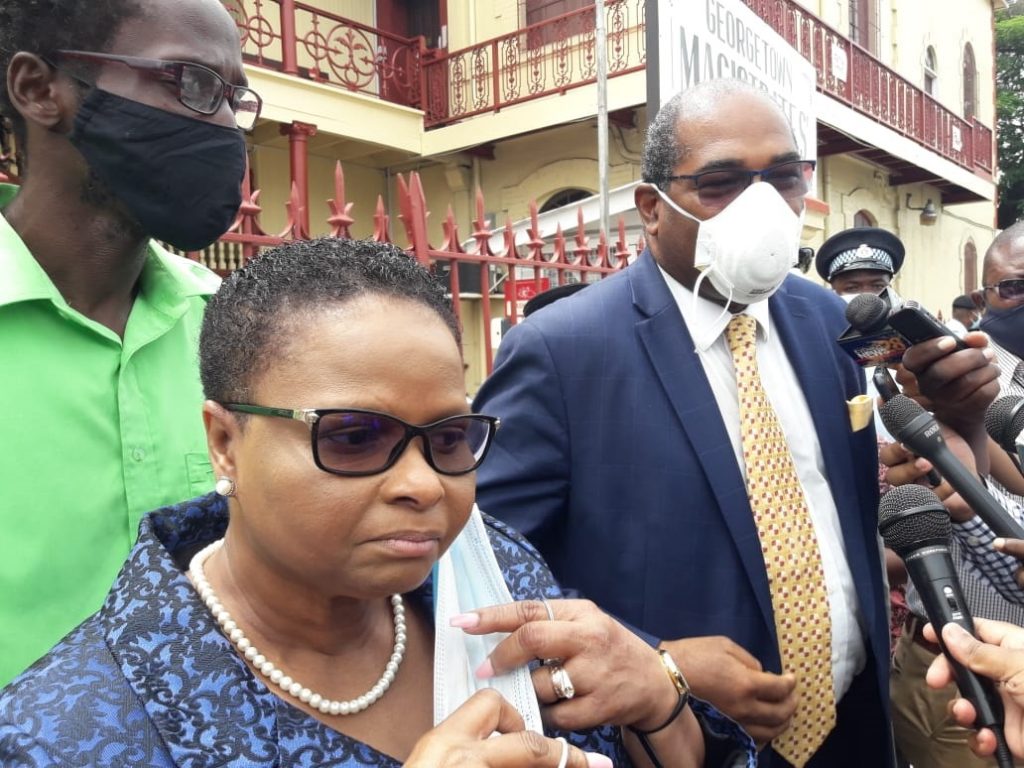 She was not required to plea to the charge that states on March 5, 2020, she procured Region Four Returning Officer Clairmont Mingo to utter a forged Form 24 to the Chief Elections Officer Keith Lowenfield in an attempt to defraud the State of Guyana.

Her co-accused, Region Four Returning Officer Clairmont Mingo, did not appear in court because he has not been served with a summons.

Private Prosecutor, Glenn Hanoman and State Counsel Tariq Mohammed told the court that the Director  of Public Prosecution (DPP) has taken over the charge based on complaints to the police.

By that time, the State would be expected to disclose elements of its case to the Defence team headed by Attorney-at-Law Nigel Hughes who frowned on the approach being taken. He said the prosecution did not have sufficient evidence at the outset to file the charge but has now instructed the police to conduct a probe. 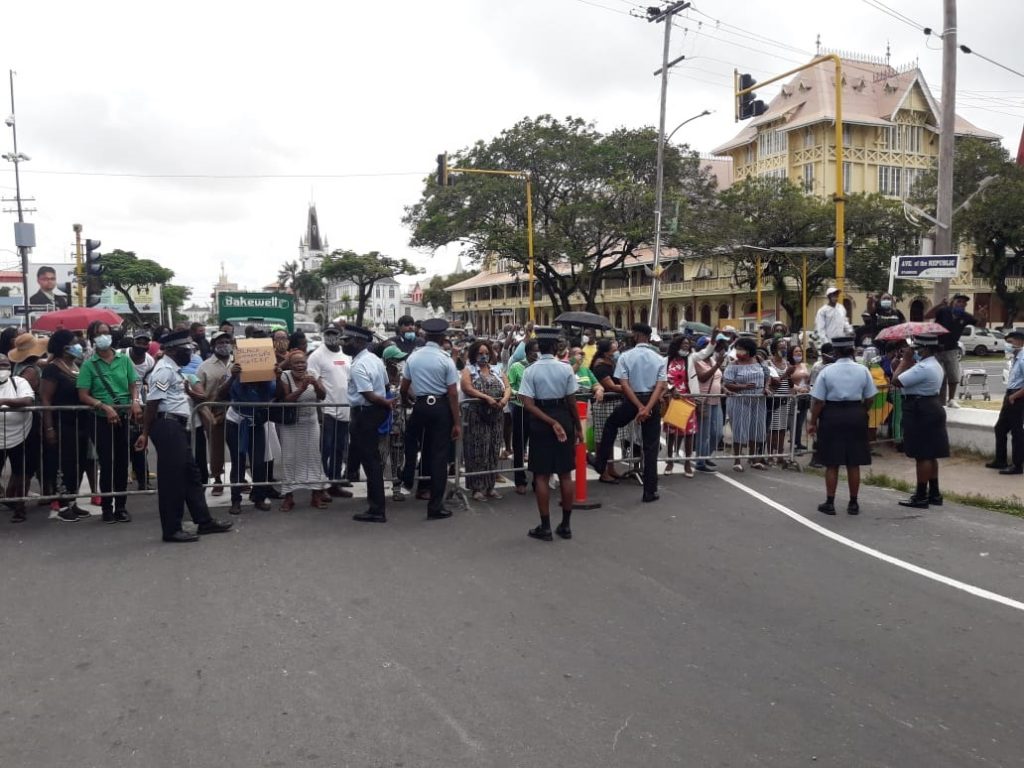 Supporters of Volda Lawrence behind police barriers at Croal Street and Avenue of the Republic.

Mr. Hughes said he only learned on the last occasion that a charge against Ms. Lawrence had been pending and so he advised her to go to court voluntarily.

Similarly, Chief Elections Officer Keith Lowenfield has to return to court on September 11. The disclosure of elements of the charges of misconduct in public office, conspiracy to commit a felony and fraud are also expected to be done by then.

Meanwhile, about 100 people converged at police barriers on Croal Street as Ms. Lawrence was inside the courtroom.

While she was paying the bail, several supporters took advantage of car that police allowed to enter and they followed to go in front of the court gate. Others were restrained by police.

Outside the courthouse, Ms. Lawrence said the charge against her was politically motivated. “This is another set of trumped up charges. I know personally that I have committed no crime. I have done absolutely nothing what I am accused of,” she said. The former Health Minister said she had been in public at her then office and her then State-provided security had not been informed her that anyone had gone to her residence to deliver a summons.

Ms. Lawrence said the charge is aimed at incite, lay blame and humiliate her but “I am not going down; the truth will prevail.”