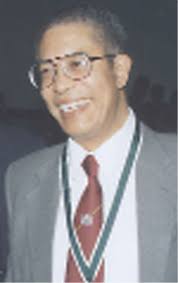 Mr. Sankies recalled that the medical doctor had become an outspoken human rights advocate after the police killing of Shaka Blair at his Middle Walk, Buxton home in 2002. “What people don’t remember is his advocacy for justice on Sharma’s programme at the turn of the century when he spoke out about Merai’s (alleged) treatment of Shaka Blair,” said Mr. Sankies, a one-time co-host of Justice For All on CNSTV6.

Health Minister Dr. Frank Anthony also says the medical fraternity is shocked at the passing of Dr. Ramsahoye, a former Chairman of the Guyana Medical Council. “I am shocked to learn about Dr. Ramsahoye’s passing. I think he was an outstanding medical practitioner who has contributed immensely to clinical medicine in Guyana and has been known for his forthright views in the entire medical community,” Dr. Anthony said.

The Health Minister joined with the rest of the medical community in mourning their loss, even as he extended condolences to his family and friends.

Here is the full text of the Health Minister’s tribute:

The Minister of Health and the Ministry of Health received the sad news this afternoon of the passing of a true Guyanese medical icon, Dr. Walter Ramsahoye. The medical community has lost a giant among those who served the Guyanese people for decades. Dr. Ramsahoye was not only well-respected by his peers in Guyana, but he was well-known and respected across the Caribbean and in other parts of the
world.

He worked for many years in the public sector. In the private sector, for several decades, Dr. Ramsahoye was one of the most visible and popular doctors among the Guyanese people. His neurology clinic was a stop for many Guyanese from across Guyana, but it was also a popular place for political and social discourses over the years. He was a prolific writer and commented on many aspects of life in Guyana.
He was a Fellow of the Royal College of Physicians in London, Glasgow and Edinburgh. In 1999, he was awarded with the Order of Giglioli by the Guyana Medical Association, the highest award the Medical Council awards.

While he is well-known for his medical practice, he was deeply involved in the promotion of his profession. He served for many years as a member of the Medical Association as a member and as an executive. He also served as a member of the Medical Council of Guyana for many years. In both of these roles, he contributed greatly to the Continuing Medical Education (CME) for doctors. The medical profession has lost a truly distinguished member. The Guyanese community has lost a respected physician.

]The Ministry of Health expresses our profound regret at the passing of Dr. Walter Ramsahoye. We send our deepest sympathy to his family, friends and colleagues. May his soul rest in peace.

Dr. Ramsahoye was a contemporary of, among others, late co-leader of the Working People’s Alliance  and world-renowned Guyanese historian Dr. Walter Rodney.