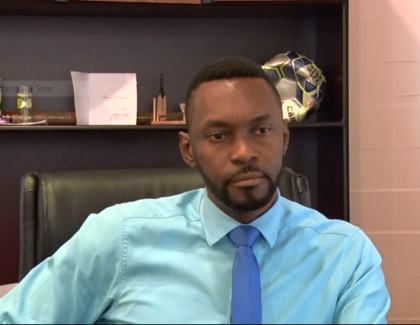 Government has moved to terminate the contract of Director of Sport Mr. Christopher Jones with immediate effect.

This was confirmed with Minister of Culture, Youth & Sport Charles Ramson Junior who told News Talk Radio 103.1 FM/Demerara Waves Online on Monday that Mr. Jones was formally let go Monday based on a clause of his contract.

The Minister confirmed that Jones’ contract was renewed at the end of the March 2 general and regional elections. A letter was dispatched to Mr. Jones early Monday morning detailing information to this effect.

Mr. Jones was appointed Sport Director in 2015 when the A Partnership for National Unity+Alliance for Change (APNU+AFC) assumed office. He succeeded Neil Kumar who was Director of Sport at the National Sports Commission (NSC). Kumar, a former Member of Parliament for the People’s Progressive Party (PPP) held that post for more than two decades.

Mr. Jones is an executive member of the People’s National Congress (PNC), the largest party in the APNU+AFC coalition. Most recently, he played a major role in the APNU+AFC’s election campaign and co-hosted a live social media programme for the coalition.

Although information is circulating in some quarters suggests that Kashif Muhammad, of the popular Kashif and Shanghai Organization, has been tipped to become the new Director of Sport, Mr. Ramson Junior said there will be no immediate replacement.