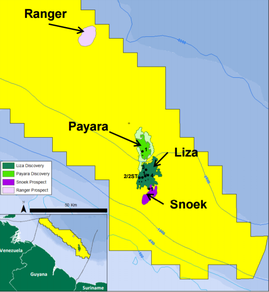 The newly-elected Guyana government would be making a decision by month-end on the Payara oil field that could pave the way for ExxonMobil to issue its Final Investment Decision (FID) on moving to the production-development stage, Minister of Natural Resources Vickram Bharrat said.

“We are hoping to resolve the Payara issue very soon…I would say by the ending of this month,” he told News-Talk Radio Guyana 103.1 FM/ Demerara Waves Online News.

Pressed on whether ExxonMobil would be given the green light to issue its FID, he said that is a policy decision that would be subjected to Cabinet’s guidance. Mr. Bharrat said the Energy Department of the Office of the President has been asked to produce documents from the consultants that have been working on the Payara Project. “We would like to at it and satisfy ourselves that it is a good contract that will benefit our interest and when I say that I mean Guyanese people and definitely Cabinet will guide us on the way forward on that,” the Natural Resources Minister said.

The request for the documents was made last week when Vice President Bharrat Jagdeo, Attorney General Anil Nandlall and the Natural Resources Minister met with the Energy Department. “That (Payara) is one of the priorities right now because there is a deadline that we are obligated to meet so we are working towards that along with a number of other issues that we consider important,” the Natural Resources Minister said.

Recently, ExxonMobil’s Senior Vice President, Neil Chapman seemed somewhat impatient with the protracted delay in the Guyana government approving the Payara development plan.  He had warned that Guyana would lose substantially the longer government takes to give its stamp of approval. He had hoped that government would give the green light in August so that ExxonMobil could issue the FID by next month.

Mr. Bharrat said Cabinet has begun discussing whether the Energy Department would remain under the Office of the President or would be returned substantively to the Ministry of Natural Resources.

He suggested that government preferred the sector to be government by a Petroleum Commission after the Bill is passed by the 65-seat National Assembly. The Parliament is yet to be constituted. “That commission was intended in some way to de-politicise the management of the oil and gas sector which I think would be ideal to ensure that there is proper accountability and transparency in that sector which is something that we will work tirelessly to ensure,” Mr. Bharrat said.