Refusal to sign Certificates of Recount will not affect legality 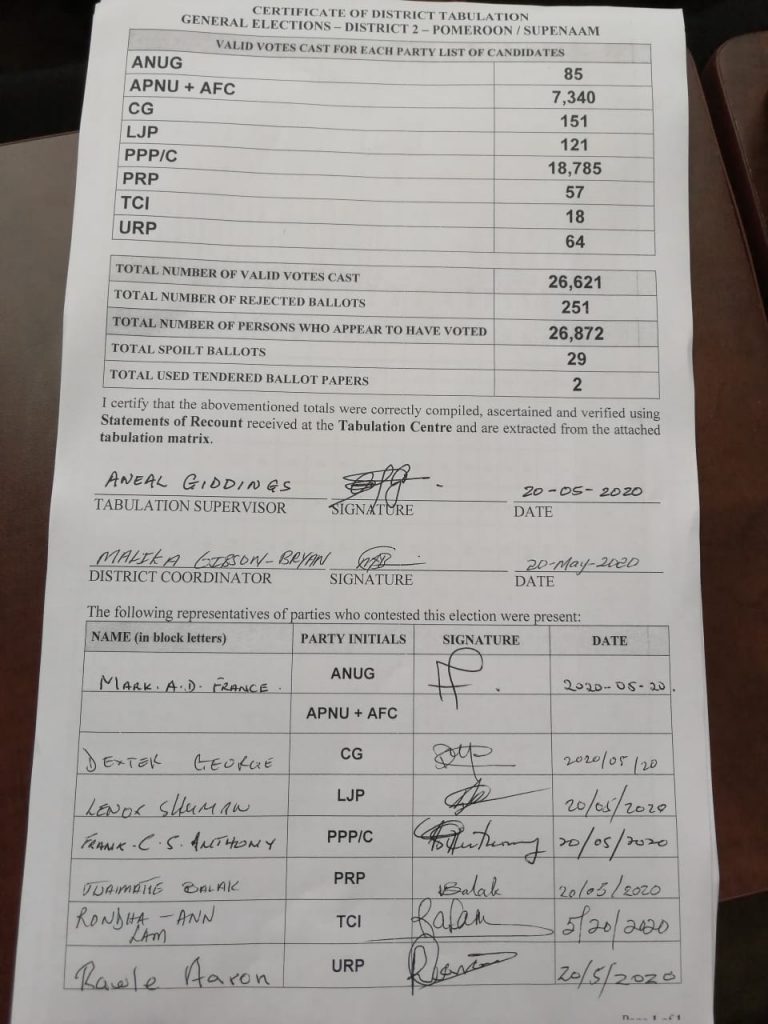 An A Partnership for National Unity+Alliance For Change (APNU+AFC) representative refused to sign the certificates of tabulation of votes cast in Region Two (Pomeroon-Supenaam) but two election commissioners said Wednesday night that the certificates are still valid.

The issue first came to the fore when presidential candidate for The Citizenship Initiative , Rohnda Lam said, “APNU+AFC representative refuses to sign the certification of District two results since it contains the words “valid votes”. He says there are anomalies in the vote count which has the attention of the commission and will not sign on principle.”

People’s Progressive Party Elections Commissioner also said the absence of a signature would not invalidate the Statement of Recount, adding that “party signature is optional.”

Elections Commissioner, Vincent Alexander said “not in my judgement” when asked whether the failure by a party representative to sign the certificate would invalidate the Statement of Recount or the Certificate. He said the certificate should be signed “with comment.”

Alexander saw no need for him to ask that that be done either at the Commission or the Chief Elections Officer, Keith Lowenfield as thee matter ought to have been dealt with by a system that is in place to deal with such issues. “I will not be asking. It is the right thing to do. They should know that. Whatever is the issue should have passed through the conflict resolution process even before it reached the stage of signing,” Alexander said.

The Region Two Certificates of Tabulation confirmed the results that had been already declared by the Region Two Returning Officer more than two months ago- a win for the People’s Progressive Party (PPP). That region is traditionally a PPP stronghold.

The Region One recount has already confirmed a PPP victory there.