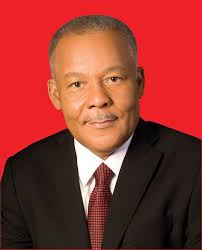 Coming on the heels of the United States Carter Centre calling on the Guyana Elections Commission (GECOM) to clarify to stakeholders its vote tabulation procedures, a Commonwealth Observer Mission says it will be overseeing Guyana’s vote counting and results management, and all the other aspects of next week Monday’s general elections.

“On Election Day, we will observe the opening, voting, closing, counting and the results management processes,” said Former Barbados Prime Minister, Owen Arthur, who is heading the 11-member mission.

Last Thursday, the Carter Centre, whose observer mission is also here at the invitation of the Guyana government, had cited the need for party representatives and observers to be involved in the vote tabulation process and called on on GECOM to clarify the vote counting procedures for the benefit of all stakeholders including political parties, civil society organizations, media, and electoral observers, in order to avoid any misunderstandings and disputes over the process.

On this the seventh straight election that the Commonwealth will be observing in Guyana, Mr Arthur promised that the mission will observe the elections in a fair manner.

“Our mandate is to observe and evaluate the electoral process independently and impartially. We will assess the pre-election environment, polling day activities and the post-election period and consider the various factors impinging on the credibility of the electoral process as a whole. We will then report on whether it has been conducted in line with Guyana’s national legislation, as well as the country’s regional and international commitments,” said Mr Arthur on his mission’s arrival.

Mr Arthur appealed to Guyanese to turn out and vote and ensure that the elections are peaceful. “We are aware of the significance of these elections to the people of Guyana and we call on all stakeholders to demonstrate commitment to a peaceful, transparent, credible and inclusive election,” he said.

The Commonwealth Secretariat staff, who arrived in advance of the Group on 19 February, observed early voting of the disciplined forces on 21 February.

The Head of the Commonwealth Observer Mission says over the next three days, they will continue to meet with key stakeholders including the Guyana Elections Commission, political parties, civil society, the media, the police, citizens and international observers.

The Commonwealth observers, Mr Arthur says, bring a wealth of experience from across the social and political spectrum with expertise in the fields of politics, election management, law, the media, gender, civil society and human rights.

The mission is expected to issue a preliminary report on March 4, and a final report will then be prepared and submitted to the Commonwealth Secretary-General, and subsequently shared with relevant stakeholders and the public. The Group will depart Guyana on 9 March, 2020.