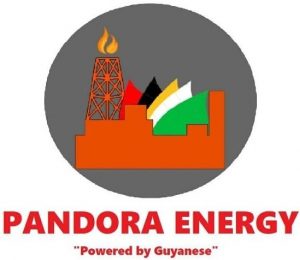 The 100 percent-owned Guyanese recruitment company, Pandora Energy, says it has made significant progress in hiring Guyanese to work on vessels associated with the exploration and production of oil in Guyana and several other countries, after initially experiencing stiff foreign competition.

“For some time, we found it difficult to secure contracts to provide manpower services to the offshore clients operating in Guyana. The Management persevered and continued to knock on doors and was determined to make it in the new sector. Foreign Competitions with a track record in the industry continue to be our biggest challenge,” the company said in a statement.

Pandora Energy said it became one of the first Guyanese labor providers for seafarers in Guyana, Trinidad, Suriname, and Peru. In its latest move to firmly establish a foothold in recruitment for the oil and gas sector, the company said it is now compliant with international standards of the Maritime Labor Convention (MLC) 2006. “Armed now with MLC 2006 certification, we are poised to place manpower on ocean going vessels. Our company wishes to reiterate that without our oil and gas customers, we cannot survive as a business and plan to continue to employ Guyanese nationals.”

The company added that with its sum experience and the confidence of its clients in their ability and capacity to provide reliable and competent seafarers, it is set to become a certified MLC 2006 compliant company.

“We were first given a big break with Harvey Gulf International Marine, who contracted us to provide seafarers to the MV Harvey Power and MV Harvey Eagle on the Tullow Drilling Program offshore of Guyana at the Orinduik Block on their two wells,” Pandora said.

Pandora said that has created an opportunity for Guyanese seafarers to gain employment and acquire international experience in Trinidad on the MV Harvey Sailor, working on the Repsol project on the Carapa-1 well offshore of Guyana.

Pandora Energy said recently, six Guyanese were granted permission to board the MV Harvey Carrier and MV Harvey Supplier in Peru, working on the Karoon Drilling Project which is currently ongoing.

The company thanked its clients who invested in Pandora Energy and the Guyanese seafarers who are continuing to build their capacity with international experience.

Previous: Commonwealth observers to watch counting, election results management
Next: OPINION: Private polling places: there should be none