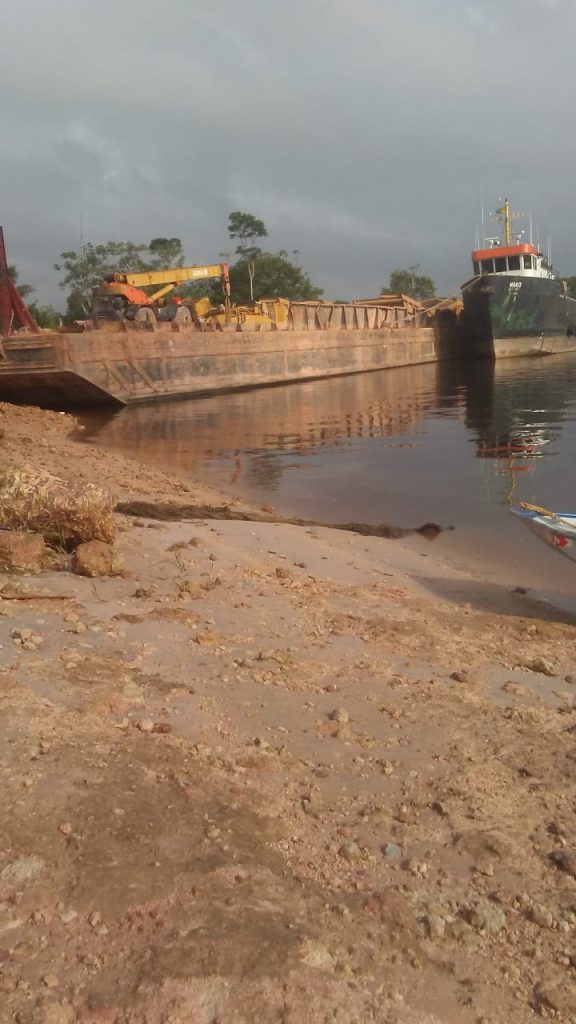 The Russian Aluminium (RUSAL)-controlled Bauxite Company of Guyana Inc (BCGI) on Wednesday afternoon issued a notice that 146 more workers have been laid off immediately but the union vowed to continue blocking the Upper Berbice River until they are all reinstated or paid severance.

That is in addition to the 142 workers who have been already been made redundant.

Representative of the Guyana Bauxite and General Workers Union (GB&GWU), Ephraim Velloza said most of the RUSAL workers earlier Wednesday left the bauxite mine at Aroaima.

Minister of Natural Resources, Raphael Trotman said the Ministry of Social Protection’s Chief Labour Officer, Charles Ogle was scheduled to visit the worksite on Thursday. Velloza said all the union has been receiving from government parliamentarians – Jermaine Figueira, Audwin Rutherford and Sidney Allicock – were assurances that the matter was being addressed.

But in a correspondence from RUSAL dated January 29, 2020, and signed by BCGI General Manager, Gennavil Deravyanko, the named workers were told that, “We wish to advise that we are forced to further reduce operations and to lay off employees due to adverse operating circumstances including shipment interruption due to the blockage of the Berbice River,” the official said, adding that they “would be recalled as soon as the situation returns to normal.”

Velloza said the workers should have been given two weeks’ notice. He called on government or the company to resolve the issue because “we are not getting any income at the present moment.” “We are saying if you lay off everybody, pay us off. Rehire who you want to rehire, fire who you want to fire and we will remove from here (stop blocking the river),” he told News-Talk Radio Guyana 103.1 FM/Demerara Waves Online News.

With the blockading of the river, BCGI is unable to take bauxite to a floating transshipment station at the mouth of the Berbice River for loading to ocean-going vessels that take consignments to Russia and other international destinations.