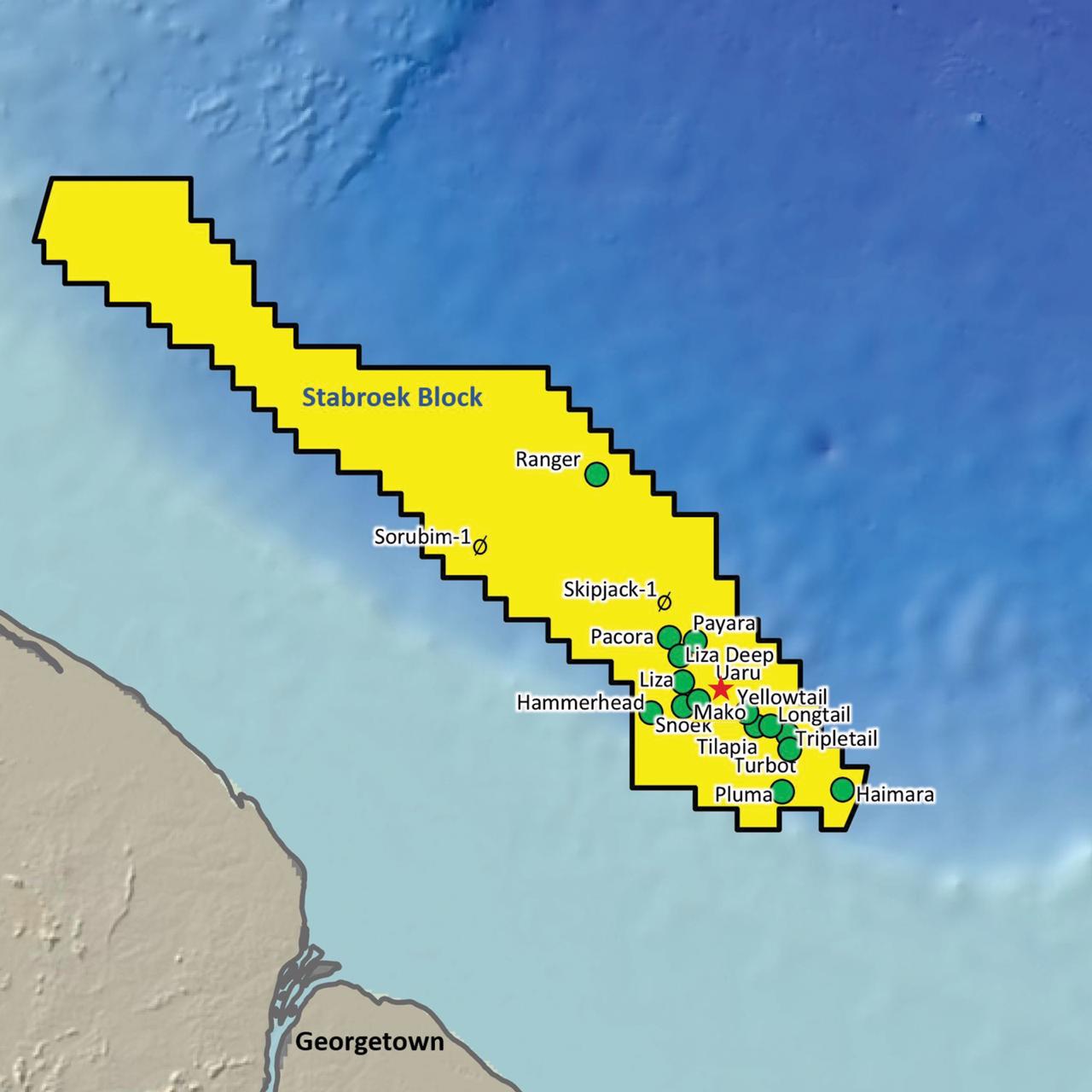 Map of discoveries, including dry holes and the latest, Uaru.

IRVING, Texas – ExxonMobil has increased its estimated recoverable resource base in Guyana to more than 8 billion oil-equivalent barrels and made a further oil discovery northeast of the producing Liza field at the Uaru exploration well, the 16th discovery on the Stabroek Block.

“With recent high-quality finds at Tripletail and Mako contributing to our recoverable resources, our investments will continue to provide benefits for the people of Guyana,” said Mike Cousins, senior vice president of exploration and new ventures at ExxonMobil. “The Uaru discovery is another positive step as we begin a new decade with the Co-operative Republic of Guyana and our co-venturers.”

Production from the Liza Phase 1 development is currently ramping up and will produce up to 120,000 barrels of oil per day in the coming months, utilizing the Liza Destiny floating production storage and offloading vessel (FPSO).

The Liza Unity FPSO, which will be employed for the second phase of Liza development and will have a production capacity of 220,000 barrels of oil per day, is under construction and expected to start production by mid-2022.

Pending government approvals and project sanctioning of a third development, production from the Payara field north of the Liza discoveries could start as early as 2023, reaching an estimated 220,000 barrels of oil per day.

Four drillships in Guyana continue to explore and appraise new resources as well as develop the resources within approved projects. A fifth drillship is expected to be deployed later this year.

Previous: Guyana preparing for deadly coronavirus
Next: APNU+AFC New York supporters told “pay your own” airfares to Guyana to vote