Kicked teacher, parents charged as GTU threatens to call teachers off the job 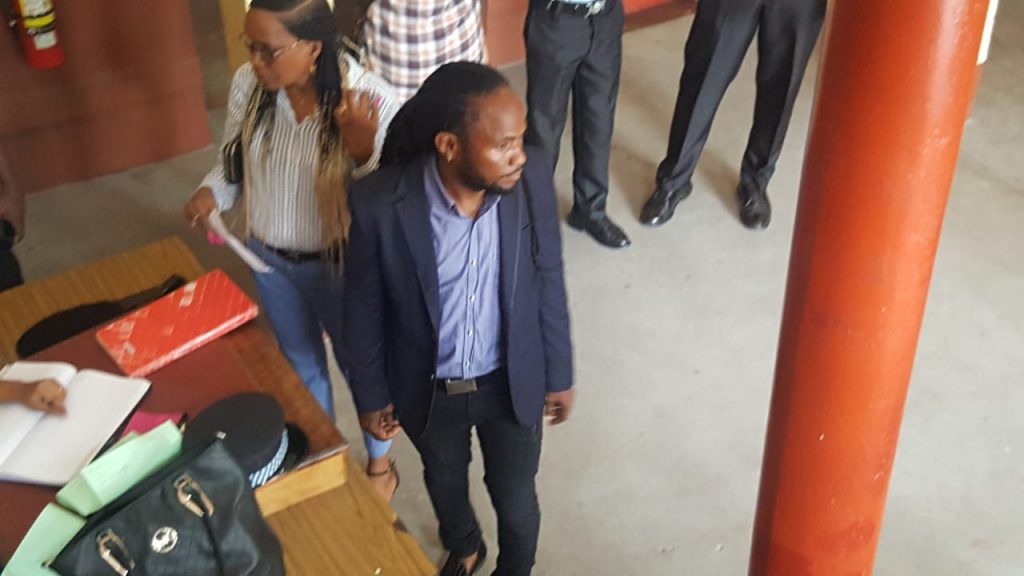 A teacher, who was allegedly kicked by an angry parent, was Monday charged with assault and placed on bail while the father and his wife were also granted bail, as angry persons stood outside the Georgetown Magistrates Court.

Teacher at Georgetown Magistrates Court, Tiffany Hinds was charged with assault and breaching the peace and was released on bail totalling GYD$20,000 bail.

Sherwin Dalrymple, who allegedly kicked Hinds, was granted $GYD20,000 bail on charges of assault and breaching the peace. His wife, Soyuni Gardner was charged with damage to property and assault causing actual bodily harm. She was granted $50,000 bail.

The student’s aunt, Candace Peters, was also charged with damage to property and assault and granted GYD$20,000.

The incident occurred on January 15 at St. Agnes Primary School, at Church and Thomas Streets, Georgetown.

The parties will return to court on the February 10 for the continuation of the cases. Dalrymple, Gardner and Peters were represented by Attorney-at-Law, Latchmie Rahamat when they appeared before acting Chief Magistrate, Sherdel Isaacs.

Dalrymple was unable to leave the Georgetown Magistrates Court easily as the vociferous crowd hurled threats and chanted shame on you.

After more than three hours, he was covertly exited from the courthouse by law enforcement officers.

More than 150 persons thronged the Magistrates Court to get a glimpse of Dalrymple whose alleged crime has taken political centre stage especially since he is a supporter of the opposition People’s Progressive Party (PPP). 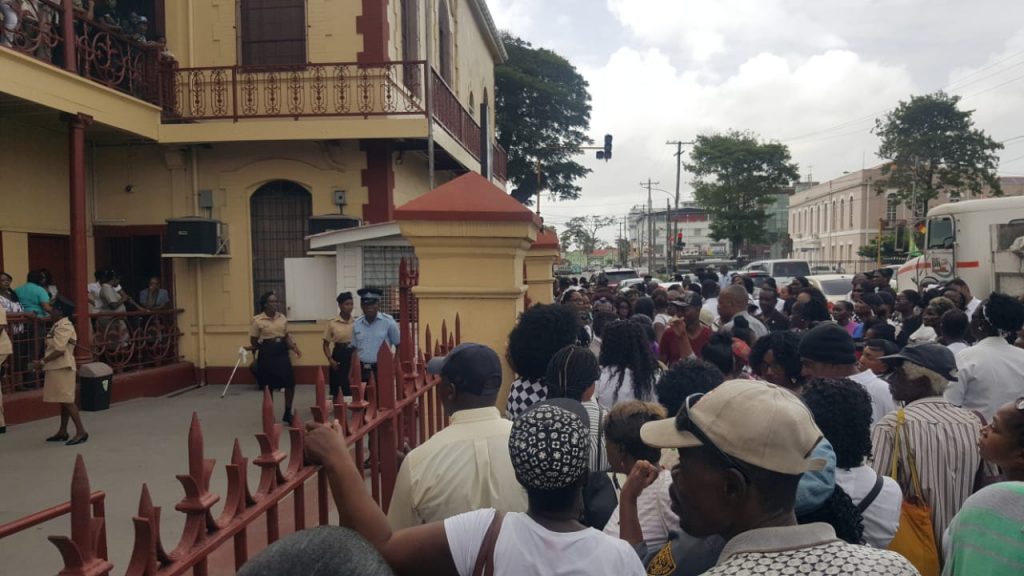 A number of the people, who turned up outside the courthouse, might have been organised or responded to a call by A Partnership for National Unity+Alliance For Change (APNU+AFC) candidate, Volda Lawrence on Sunday night during her remarks at an election campaign public meeting at the Kitty Market Square, Georgetown.

Among the teachers and other people, who were outside the courthouse and expressed grave concern, were senior teacher, Kerwin Mars and General Secretary of the Guyana Teachers’ Union (GTU), Coretta McDonald and GTU official, Lance Baptiste.

Mars said Dalrymple should not have been granted bail because his child was wrong. “You watch the teacher and tell the teacher she is like a market woman. The teacher said ‘I like you and yuh woman’ and you come and you premeditated, that’s why he should get full jail, jail,” said Mars.

McDonald expressed concern at the low bail that was granted to Dalrymple, saying that “the message we are sending to the public is that it’s OK for parents to come into schools, assault teachers and if teachers represent themselves, they are going to charge you, you have to come to the court and then you go on bail and you are not sure what’s going to be the outcome, whether you are going to have a prison sentence or you are going to pay a fine.”