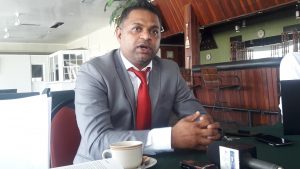 Immediate past president of the Georgetown Chamber of Commerce and Industry, Deodat Indar.

Former harsh critic of the People’s Progressive Party, Tony Vieira is among the new faces on that party’s list of candidates for the 2020 general elections.

“A lot of people who are in Parliament are on there so we have a combination of folks who have been a long time with us and a lot of new faces,” said PPP General Secretary, Bharrat Jagdeo, adding that there are “a lot of young people who are ready to lead.”

Before bowing out of the limelight, Vieira had sold his television station, VCT Channel 28, to Guyana Times whose main principal is Ranjisinghi Bobby Ramroop, a close friend of PPP General Secretary Bharrat Jagdeo. Vieira had also fiercely criticised then President Jagdeo’s award of radio licences to persons Vieira and the then opposition had deemed favourites. 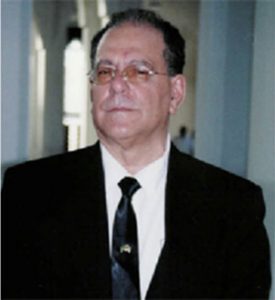 General Secretary of the PPP Bharat Jagdeo says former PPP Chief Whip Gail Teixeira has relinquished her Canadian citizenship to be on the list. For her part, Teixeira said she was always a proud Guyanese, but she became visibly upset when she was asked why she had become a Canadian in the first place. She said she became a Canadian when she was 15 years old, adding “that’s a stupid question”.

The PPP is heading into the election with both the presidential candidate Irfaan Ali and prime ministerial candidate Retired Brigadier Mark Phillips new to the roles.

Previous: Nagamootoo back on APNU+AFC list along with GTU General Secretary, other new faces
Next: Small parties failed to agree on coalescing